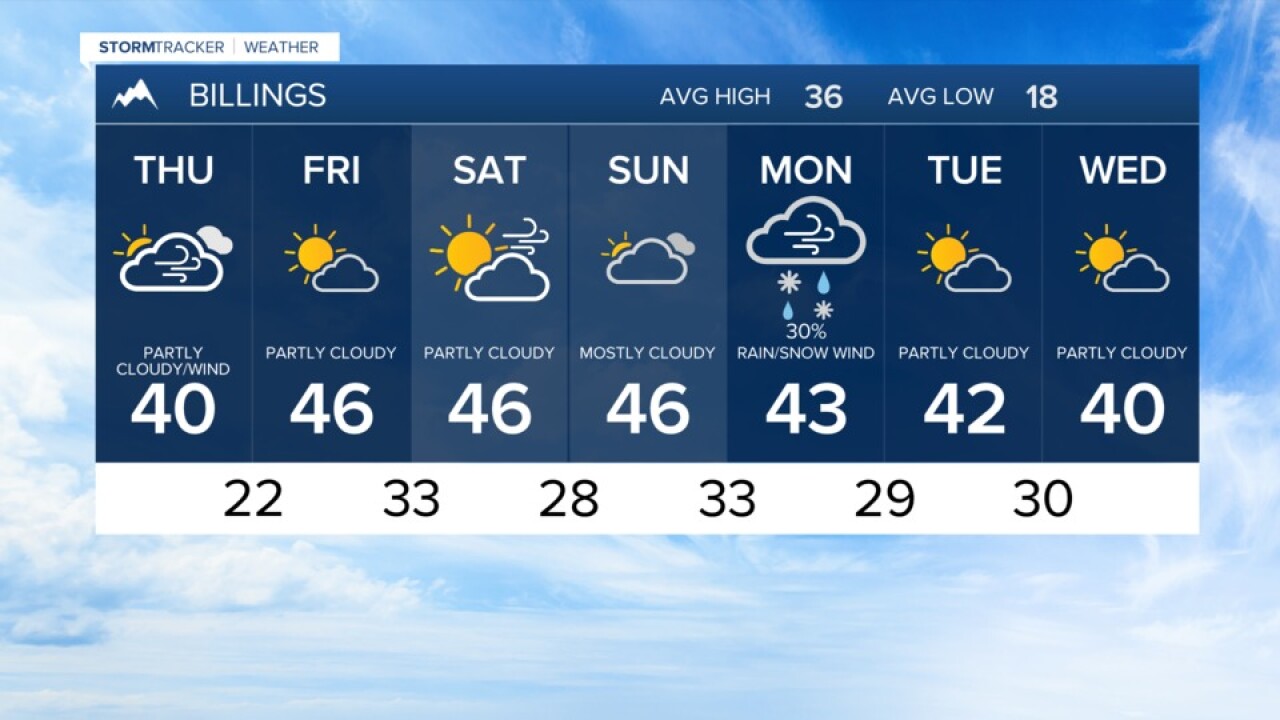 BILLINGS — We are not done with the wind yet.

Strong winds Wednesday have been fanning the flames of fires, causing property damage, downing tree limbs and causing power outages. Winds will persist into the evening and continue to blow Thursday with the strongest gusts from Billings to the east.

Winds in excess of 80 mph have been recorded Wednesday afternoon in eastern Montana. For Billings, 68 mph was recorded of the Billings airport and 69 mph on Billings West End.

Winds will continue to blow Wednesday evening with temperatures slipping down into the 20s to low 30s. Highs Thursday will be mainly in the 30s with a few low 40s with winds gradually decreasing from west to east, especially from Billings toward the Dakotas.

High temperatures from Friday through early next week will be mainly in the upper 30s to upper 40s with lows in the 20s to low 30s. There are indications conditions could turn much colder by next weekend.

Wednesday night partly cloudy with wind gusts to 55 miles an hour during the evening. A low near 30.

Thursday… Mostly sunny with winds early in the day 15 to 30 miles an hour with gusts to 45 mph. Winds decrease in the afternoon and evening with a high close to 40.

From Thursday night through early next week… A mix of clouds and sun with temperatures mainly in the mid 40s for the highs and 20s to low 30s for the lows. Generally dry conditions with a chance of showers Sunday.