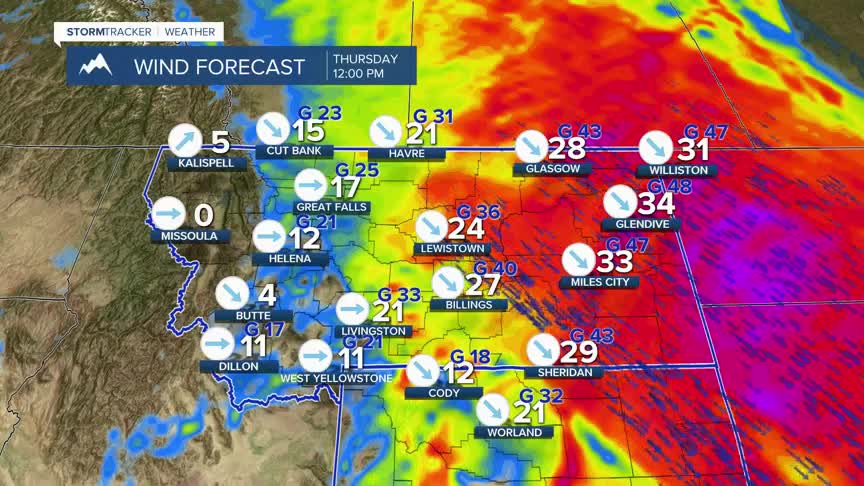 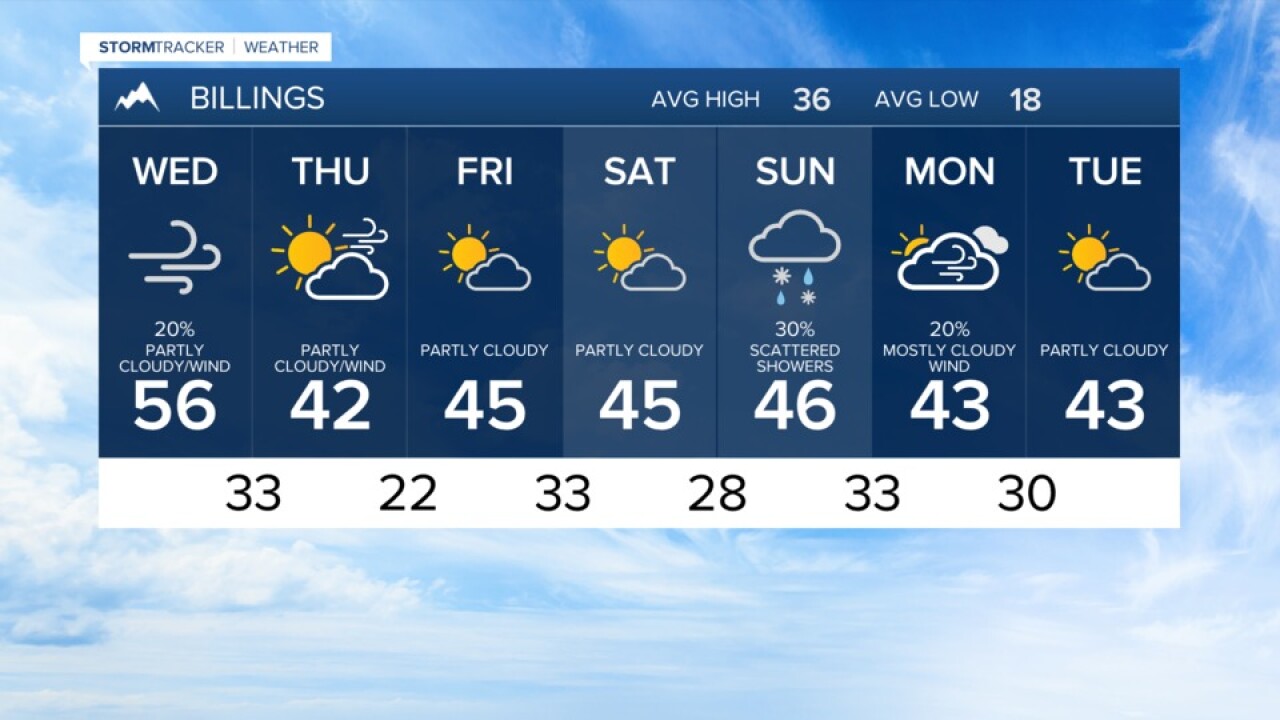 Wind gusts of 60+ mph are possible over a widespread area Wednesday. Blowing dust, property damage, power outages, and quickly spreading grass fires are possible. Some of the strongest winds in Billings may happen in the early afternoon as kids as leaving school.

Winds will increase from west to east through the day and continue Wednesday night. Thursday, gusts will still reach over 40 mph in eastern Montana and the western Dakotas.

Along with the wind, a strong cold front brings rain and snow potential. Areas of mountain snow will blow and drift with some avalanche danger. 3 to 8 inches of snow is possible for the higher terrain, favoring the west facing slopes.

Temperatures will be well above average, reaching mainly the 50s in eastern Montana and northern Wyoming Wednesday. Behind the front, readings slip to the 40s Thursday and stay there through early next week.

Wednesday… Partly cloudy with a slight chance of midday showers. A high near 56. Westerly winds increase to 30 to 50 mph by the afternoon with maximum wind gusts as high as 70 mph.

Wednesday night… Partly cloudy with a low of about 33. Winds are very strong in the evening, decreasing to 15 to 30 miles an hour after midnight.