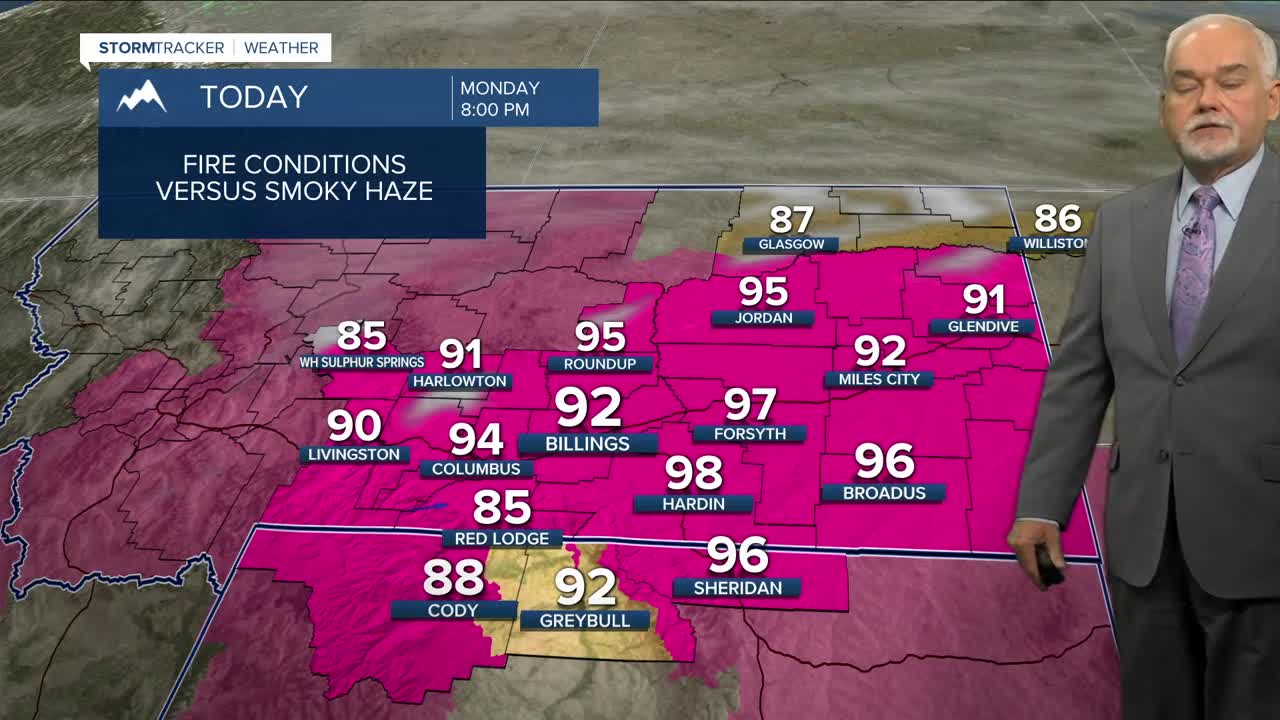 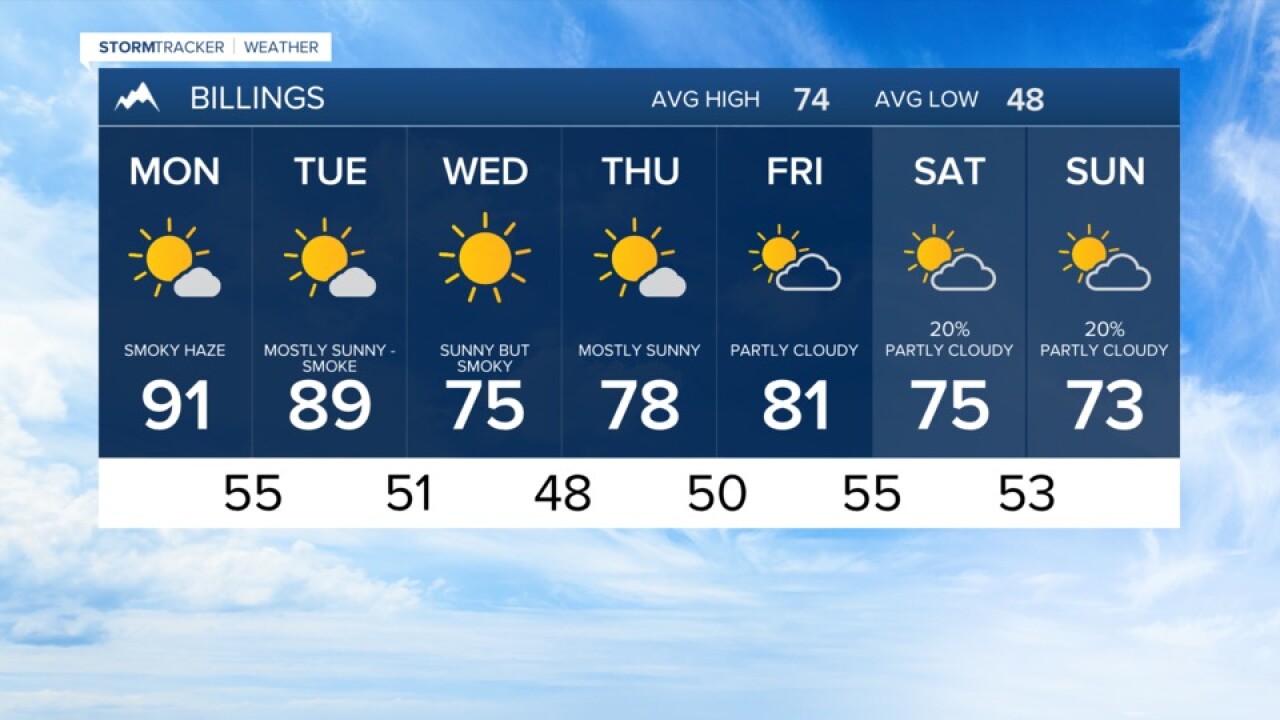 BILLINGS — Monday turns into a battle between the potential for new local wildfires versus smoke from out-of-state fires.

On their own, conditions are right for temperatures to be close to record highs with readings in the mid-80s to mid 90s Monday across southern Montana and northern Wyoming.

With breezy conditions of and low humidity, all the ingredients are there for critical wildfire conditions. A Red Flag Warning has been issued for much of the region.

The fly in the ointment is smoke coming in from fires in the Pacific Northwest in California. That could have a significant effect on temperatures and wind. While that may help our wildfire conditions, air-quality could become poor.

With little hope for rain and upper-level winds continuing to push the smoke this direction, expect at least a haze around through midweek.

Temperatures will decrease from the 80s and 90s Monday to mainly the 80s on Tuesday. Highs mainly in the 70s are likely for the rest the week, with some scattered showers by the end of the work week.

Monday… Mainly sunny except for a smoky haze. A high in the low 90s. A variable wind that could kick up in the afternoon.

Monday night… Mainly clear with a low in the low 50s. Smoke.

Tuesday… Mainly sunny except for a widespread smoky haze. A high of around 89.