Q2 Weather: Cool and rainy for a while in Billings

The one thing you notice right away is that it’s much cooler, thanks to the two cold fronts that moved through over the weekend.

We currently have an Upper Level trough moving into the state and caught up in that trough are several waves of moisture.

One already produced pretty vocal thunderstorms this morning in the Billings area, Billings measured 0.10 inches of rain out of that thunderstorm.

Other places have picked up more like Missoula, Lewistown and Havre.

We currently have an air quality warning for much of the western half of the state until conditions improve. High particulates and airborne ash are making it very hard to breathe.

Our high-resolution forecast shows more showers and thunderstorms are expected to move into south-central Montana later this evening.

Heavy rain is expected to move into Bozeman around 6 p.m. What is left of that storm will make it into Billings by 11:30 p.m.

We expect more showers and thunderstorms to continue off and on throughout most of Tuesday morning then the rain will start to fade away by 6 p.m.

TUESDAY: Mostly cloudy with a 40 percent chance for showers in the morning and a slight chance for rain in the afternoon. Northeast winds 5 to 15 mph. High 68 degrees. 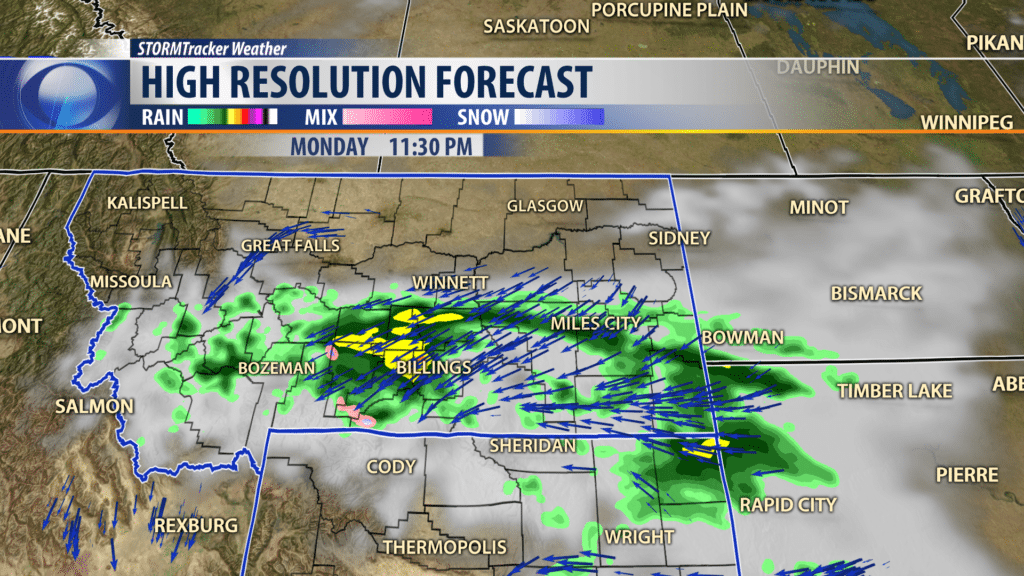