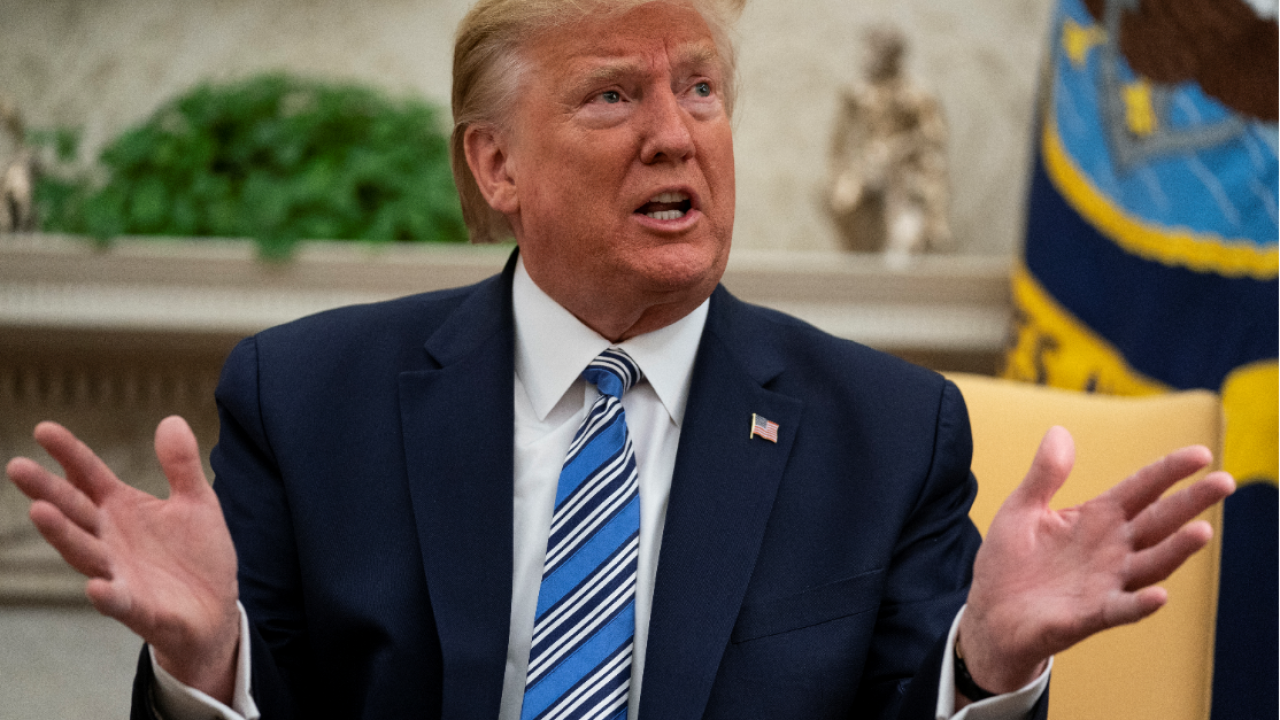 President Donald Trump speaks during a meeting with Gov. Ron DeSantis, R-Fla., on the coronavirus response, in the Oval Office of the White House, Tuesday, April 28, 2020, in Washington. (AP Photo/Evan Vucci)

President Trump signed an executive order on Tuesday invoking the Defense Production Act to keep meat processing plants open, a senior White House official told CBS News. Plants owned by some of the country's largest food companies have struggled with outbreaks of the coronavirus among workers and a growing death toll.

The executive order also applies to plants that have already closed, which will have to re-open with healthy workers.

The executive order declares meat processing plants critical infrastructure to protect against disruptions to the food supply, a person familiar with the matter said earlier Tuesday. The federal government will also provide workers with additional protective gear and guidance, the person said.

On Sunday, the Centers for Disease Control and the Occupational Safety and Health Administration issued interim guidance for meat and poultry processing workplaces. Noting that meat and poultry processing workers must often work close to each other over 10-12 hour periods, the government suggested changes to processing lines so that workers "are at least six feet apart in all directions (e.g., side-to-side and when facing one another), when possible." Among other measures, the guidance also suggested realigning workstations so that workers aren't facing each other and also putting up signs to remind workers to remain apart during work and practice social distancing during their breaks.

Mr. Trump told reporters during an event with small business owners who have benefited from the Paycheck Protection Program the order is being "drawn up" and he intends to sign it Tuesday.

The order from Mr. Trump is intended to stave off a decision from food companies to temporarily close a majority of their processing plants, which could reduce the country's processing capacity by up to 80%, the senior White House official said.

During a meeting in the Oval Office with Florida Governor Ron DeSantis, Mr. Trump told reporters he planned to sign an executive order Tuesday to address "liability problems" in the food supply and said "there's plenty of supply."

The order from the president to require meat processing plants to continue operating comes as several of the nation's largest meat producers have had to temporarily close facilities after employees tested positive for COVID-19, the disease caused by the novel coronavirus.

Tyson Foods had to shutter its pork processing plant in Waterloo, Iowa, while Smithfield Foods closed its pork plant in South Dakota. JBS USA temporarily shut down its meatpacking plant in Green Bay, Wisconsin, on Sunday after 189 positive coronavirus cases were traced back to the facility.

The United Food and Commercial Workers International Union, a labor union representing more than 1.3 million workers, said Tuesday that at least 5,000 meatpacking and 1,500 food processing workers have been impacted by the coronavirus, either having tested positive, missed work to self-quarantine, were waiting for results, or were hospitalized.

On Sunday, Senator Mike Rounds, a Republican from South Dakota, urged Vice President Mike Pence to take action to address the country's food production crisis, and on Monday, asked Mr. Trump to use the Defense Production Act to boost production at plants.

Mr. Trump said in March he was preparing to use the Defense Production Act to compel private companies to boost production of key medical supplies early in the coronavirus epidemic. He has used his authority under the Korean War-era law a handful of times, including to push 3M and other medical device companies to manufacture masks and ventilators, and GM to produce ventilators. Earlier this month, Mr. Trump said he is prepared to invoke the Defense Production Act to compel an unnamed company to boost production of swabs needed for coronavirus tests.