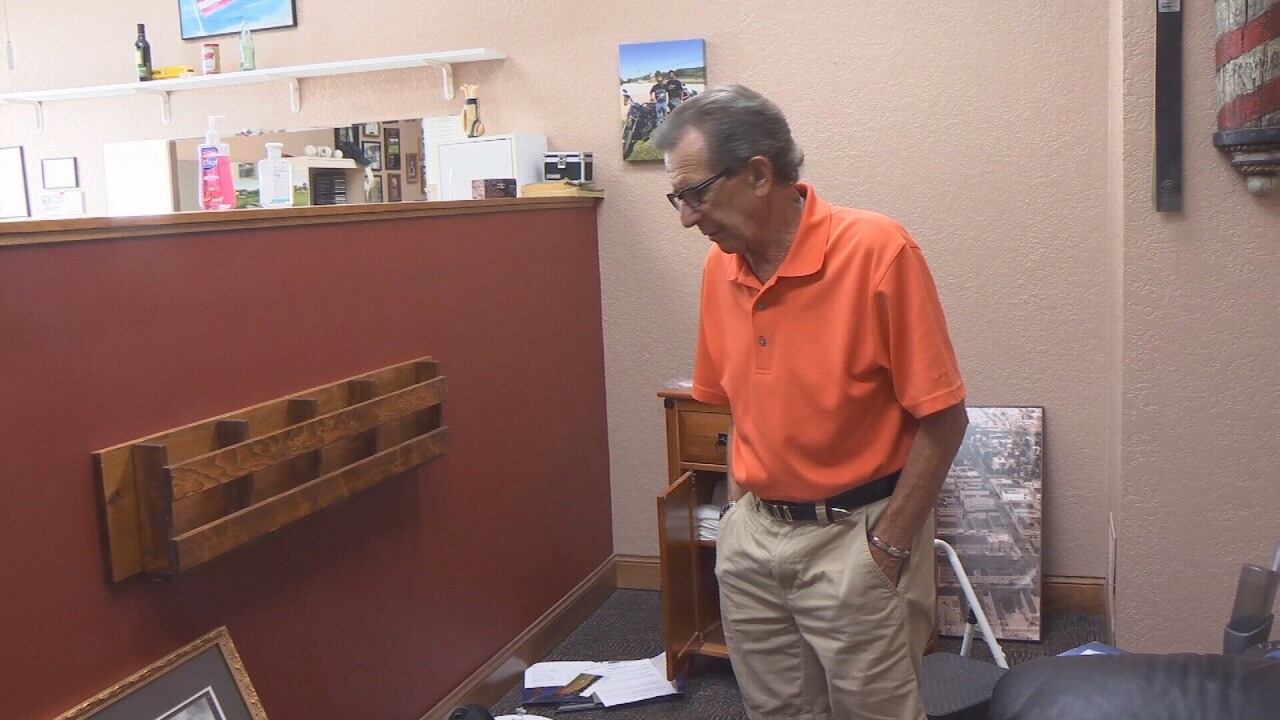 A Billings barber started at a shop downtown in 1960 and finished his career on Tuesday in the same building as Nail-issimo Spa & Salon.

"My last haircut was Chuck Gainan," Webinger said. "He called me and asked if he could be the last one. We'd grown up across the street from eacher other since we were a year old, so we've been best friends for years. I did him as my first 1960. so he opened and closed it off yesterday. it was a good deal. We went to lunch and when we got done here all my kids and grandkids joined me. so it was a good day."

He worked in his last shop for 28 years, in the same building as the Nail-Issimo Salon and Spa.

Webinger liked the smells and sounds of barber shops while he was in junior high school.

He graduated from Billings Central Catholic High School and went into the U.S. Marine Corps.

"I graduated from high school and went right to marine corps boot camp, he said. "I used to go into the barber shop and talk to this guy and when I got home I knew that was what I was going to do.

Grant Gainan lived across the street, Chuck's dad, and he was my Godfather," Webinger said. "He came over one day and said we're going to borrow you money to go to school. That's how it all started."

Webinger said he has enjoyed his customers.

"People, yea, you love people," he said. "You get very close to them, they'll tell a barber anything."

His customers could also learn a lot about him from his pictures.

"Picture of my grandfather there, he just finished the cornerstone of St. Patrick's church," Webinger said.

"There's my five kids, their graduation from high school."

"We lost our son Jason last February. We go through it. "

Webinger is ready for life away from the Barber Shop.

"I'm going to get back to walking more, used to walk a lot," he said. "And practice golf. The love of my life is golf. My wife's been with me 60 years. I've been blessed. I'm grateful. That's what we've got to do is be grateful."

Webinger's passion for golf led to his induction into the Montana State Golf Association Hall of Fame in 1999.