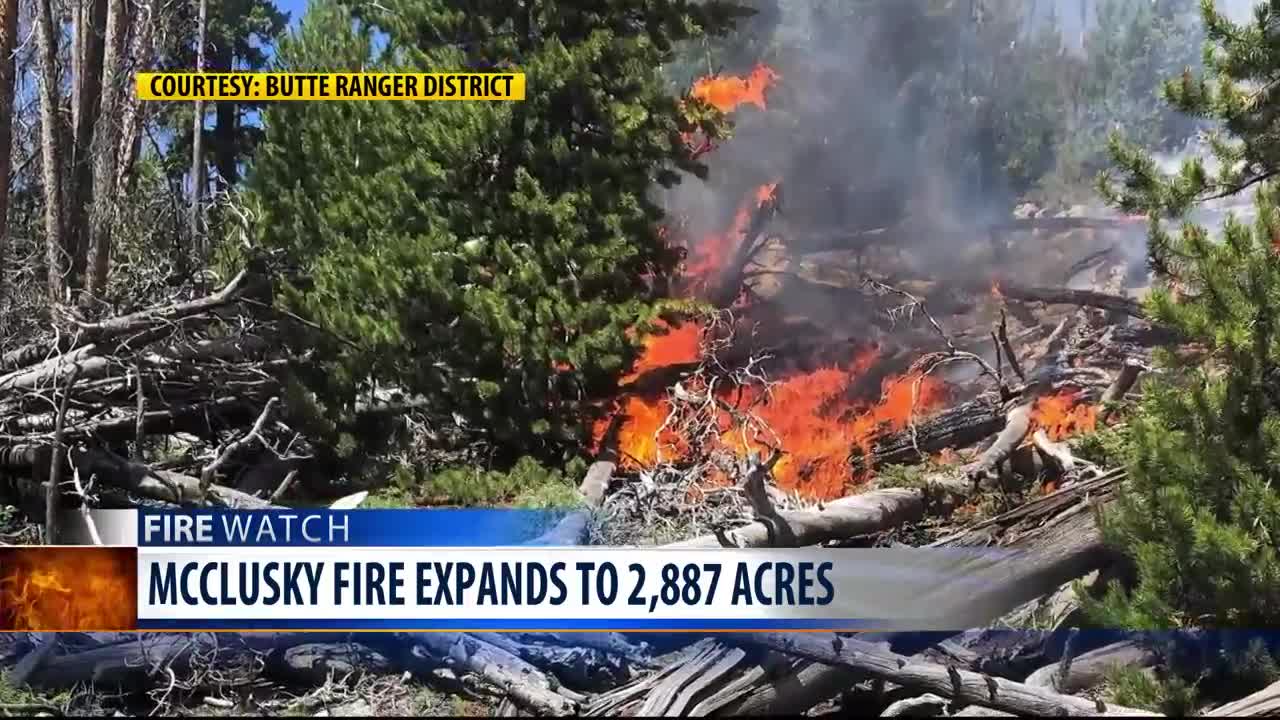 WHITEHALL — The McClusky fire northwest of Whitehall and east of Butte is starting to spread.

As of this Friday morning it is nearly 3,000 acres, triple the size it was less than 48 hours ago.

The Butte Ranger District said that due to dry and windy weather, groups of trees are bursting into flame at once. The fire is spotting, or casting fiery embers a quarter mile ahead of the flames, and it is pushing around the edges of the fire to engulf new areas.

Fire crews to continue to mop up, prepare indirect line and burn out to the east of the fire to protect structures threatened by the fire along the Lower Whitetail Park Road (FSR #173). Crews will also conduct assessment on Halfway Park Road (FSR #8695), private residences and infrastructure.

Higher humidity and even some rain is expected through the weekend, which fire managers say will be a big help.

Fire crews will continue to build and secure indirect line off Lower Whitetail Park Road. They will also assess a structure and cultural resources near Whitetail Reservoir.

Another surge of moisture with more rain is expected for the start of next week.

The lightning-caused McClusky fire, located three miles northeast of Delmoe Lake and 13 miles northwest of Whitehall was reported on August 16. The fire is burning in lodgepole pine in steep, rugged, inaccessible terrain with high concentrations of standing dead trees and logs on the ground.