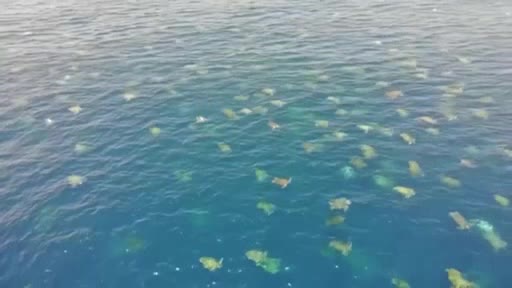 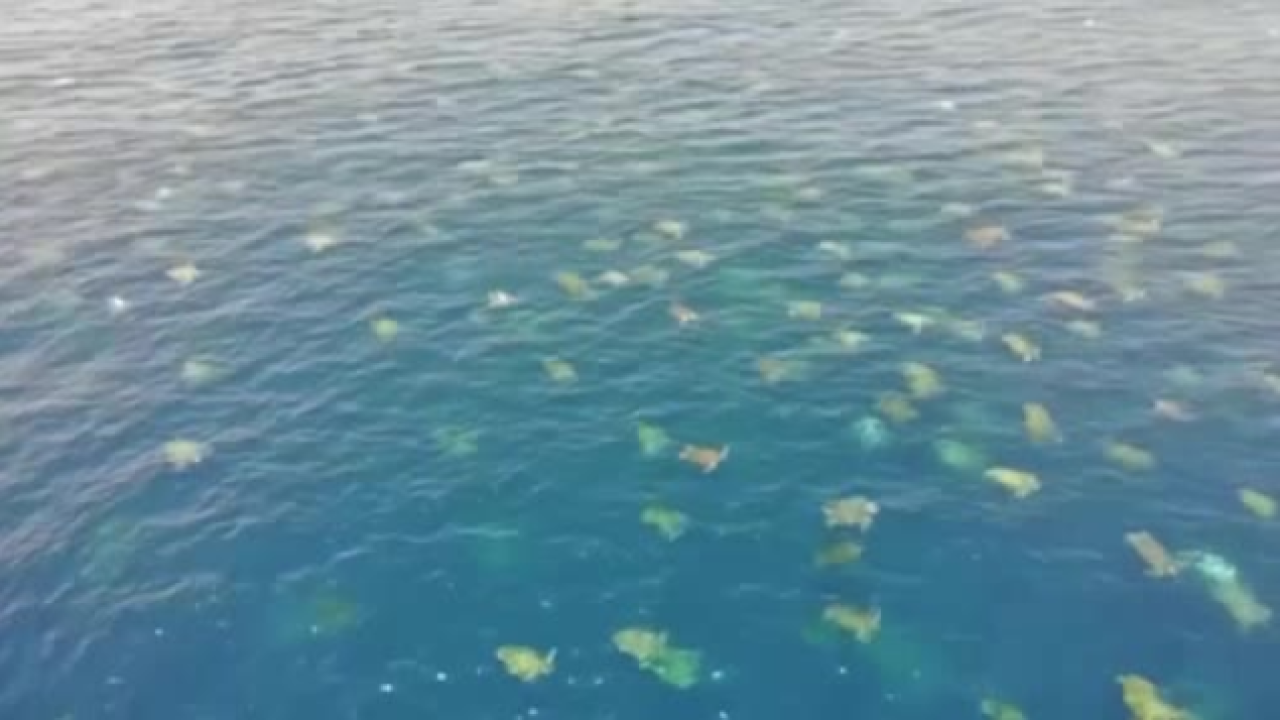 Drone footage taken by Australian researchers has captured tens of thousands of sea turtles nesting on an island near the Great Barrier Reef.

Researchers from the Queensland Department of Environment and Science said on Tuesday (June 9) that drone technology has helped them more accurately survey the number of sea turtles nesting on Raine Island, the world's largest Green Turtle rookery.

In December of 2019, researchers flew a drone over Raine Island to survey up to 64,000 of the endangered turtles as they came ashore to nest.

Previously, researchers would paint a non-toxic white stripe down the turtles' shells and would count the turtles, those with and without white stripes, from a small boat. But this method of counting proved inaccurate due to visibility conditions, the researchers said in a media release. Using drone vision, they were able to analyse each frame in a laboratory, and calculated that the turtles' population had been under-estimated in the past by a factor of 1.73.

The Great Barrier Reef, covering 348,000 square km (134,000 square miles), was listed as a World Heritage site in 1981 as the most extensive and spectacular coral reef ecosystem on the planet.