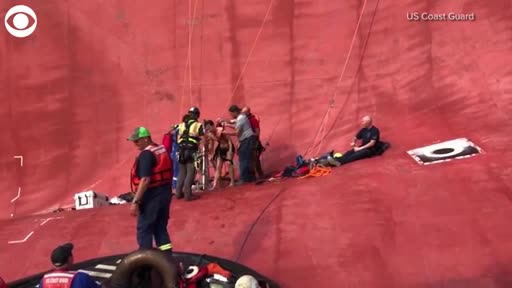 All four of the trapped crew members on the overturned cargo ship, Golden Ray, have been rescued by the U.S. Coast Guard.

Three of the crew members were trapped together, but the fourth was trapped behind glass in the ship's engineering compartment.