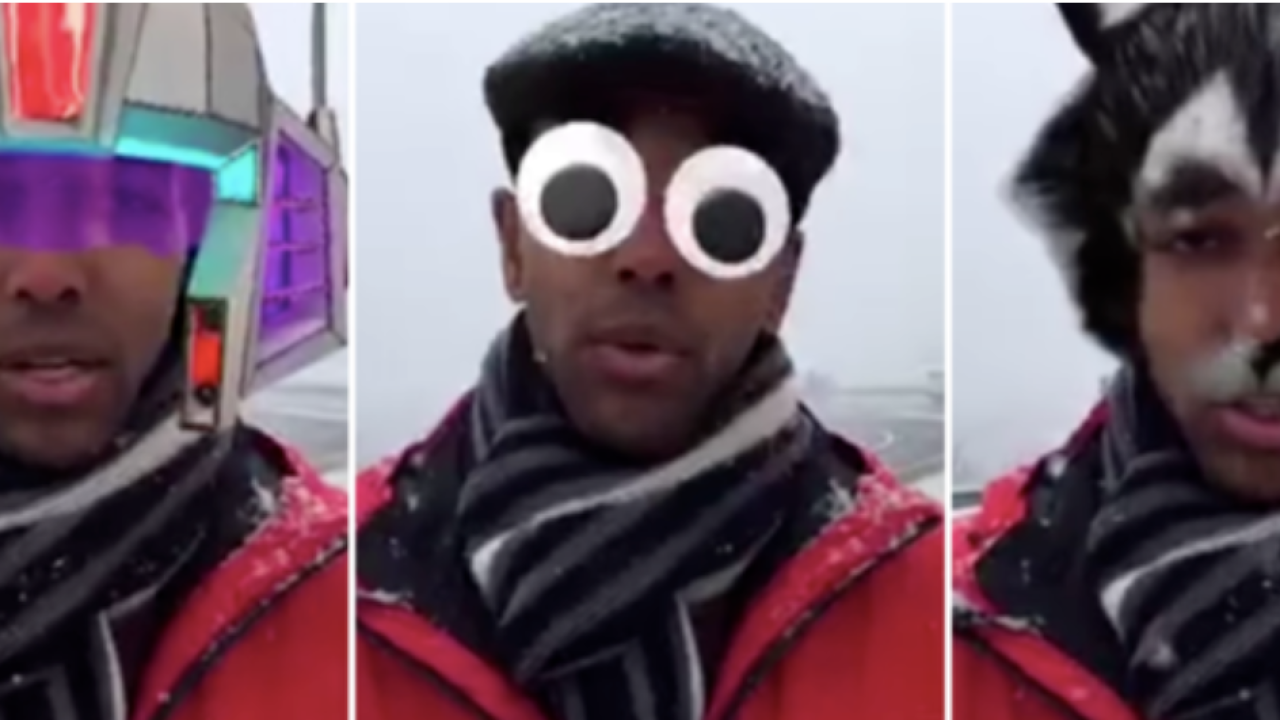 According to a recent weather report from North Carolina, the forecast is cloudy with a chance of googly eyes. A reporter is going viral this week for accidentally enabling Facebook's face filters and then continuing to do an entire weather broadcast with the filters turned on — completely unaware of what was happening.

For the entirety of the one-minute live shot from Asheville, North Carolina, WLOS ABC 13 anchor Justin Hinton's face was covered by a rotating spectrum of silly augmented reality effects, including giant googly eyes, a wizard hat and beard, a pink mustache, a space helmet, and what appears to be cosplay from the movie "Cats," among others.

It was supposed to be a serious report about the county's first big snowfall of the season, but the only things viewers could focus on were the ever-changing filters. Hinton had no idea it was happening and kept right on going with his earnest report — only adding to the hilarity of the broadcast.

After the segment ended, Hinton said he didn't realize he'd turned the filters on. "Now I'm excited to look back at this video," he said, chuckling.