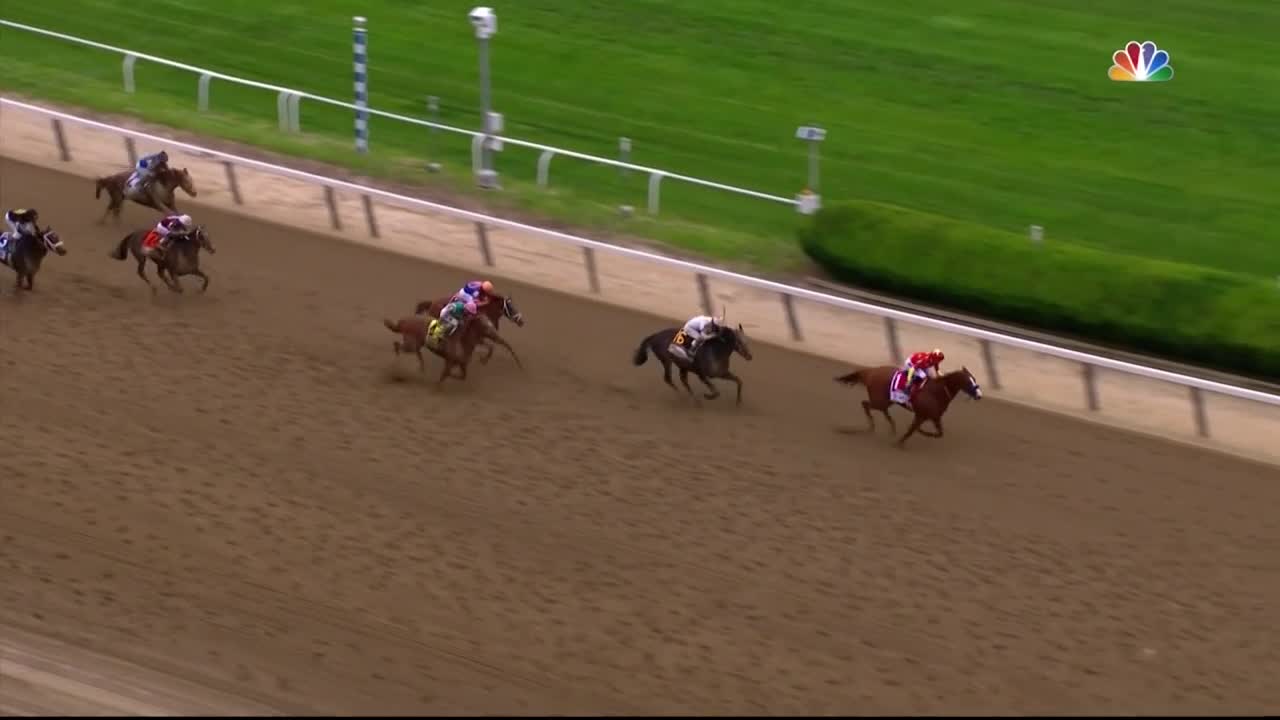 We may have to put an asterisk next to Justify's 2018 Triple Crown win.

According to a report from the New York Times on Wednesday, the thoroughbred colt failed a drug test before winning the 2018 Kentucky Derby -- the first leg of his Triple Crown win. The horse allegedly tested positive for scopolamine, which is a considered a performance-enhancing drug in thoroughbred racing, less than a month prior to the race.

The California Horse Racing Board took three weeks to confirm the positive test and alerted Justify's trainer, Bob Baffert, just nine days for the running of the Kentucky Derby. Without the results being publicly disclosed, Baffert still kept Justify in the field of competitors.

"There was no way that we could have come up with an investigative report prior to the Kentucky Derby," said Rick Baedeker, director of the California Horse Racing Board. "That's impossible. Well, that's not impossible, that would have been careless and reckless for us to tell an investigator what usually takes you two months, you have to get done in five days, eight days. We weren't going to do that."

The Board never ultimately filed a public complaint and eventually the case was buried. Last October, after Justify had wrapped up the Triple Crown win, the Board lightened the punishment for horses caught for using scopolamine.

According to the report, it was later suggested that Justify's positive test could have come from contaminated food and, as such, the positive drug test was thrown out altogether.