Disney World Orlando and Hurricane Dorian: Should I stay or should I go? 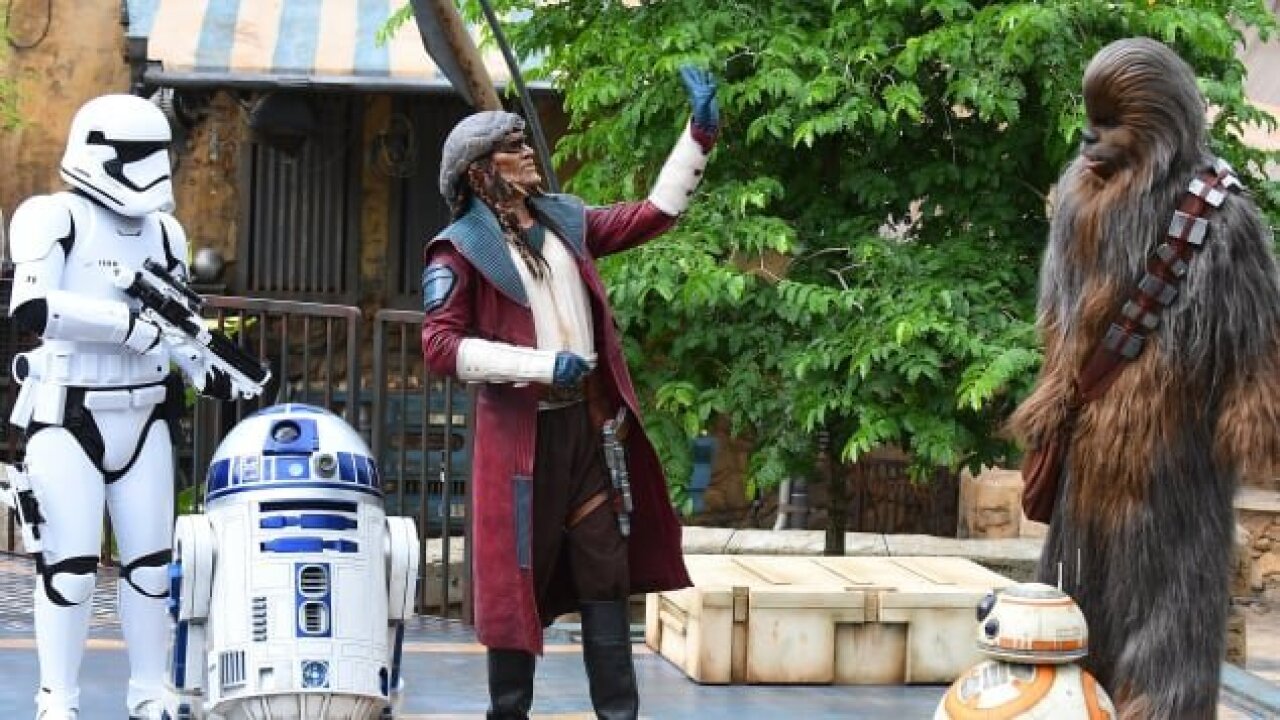 (CNN) -- As visitors to Disney's new Star Wars land in Orlando oohed and ahhed at the full-size Millennium Falcon and too-real-for-TSA soda cans, they worried about a real-life threat bearing down on the Florida coast.

Koma says Disney visitors fall into two camps: People like her, who want to get out of town now, and the "wait and see" people who have been through hurricanes before and believe Dorian could veer away from Orlando.

She hasn't seen Disney cast members, as employees are called, preparing to shut the park down. "I talked to my hotel cast members last night, and they have not been told yet if they will be required to be part of a 'ride out' team" staying at the parks."

'Ride-out' teams at hotels and parks

Disney's Orlando parks were operating under normal conditions as of 5 p.m. Thursday local time, but Disney is canceling weekend sporting events and Disney's Blizzard Beach Water Park on Sunday, the company said in an emailed statement.

"We are closely monitoring the path of the projected weather, as nothing is more important than the safety of our guests and Cast Members," the company said.

Disney does have procedures in place for situations such as these -- including getting staffers to stay at the hotels and parks to protect guests and animals in an emergency.

These ride-out teams are "responsible for the safety of guests staying at any resort hotels and ensuring the parks are properly prepared," said Taylor Strickland, owner and publisher of the Orlando Informer , which reports on the area's theme parks.

Sea World's Orlando park has already announced that they'll likely be moving some land animals to inside locations on Monday or Tuesday depending on the storm's movement, and their animal caregivers will stay to ride out the storm.

At Universal Orlando, Strickland notes that set pieces have already been placed throughout the park for the September 6 kick-off to their annual Halloween Horror Nights -- and those will need to be stored if the storm hits.

It's rare that the parks close. Disney has only closed its Orlando theme parks a handful of times since its initial opening in 1971, mostly for weather related reasons.

There could be extra entertainment

"None of the parks have announced any major closures as of yet, and they tend to wait to do so," Strickland said. "They do not want to end up being closed on a bright and sunny day, but obviously the top priority is the safety of employees and guests."

His advice: If they can, people who are already in Orlando should remain flexible.

"If you're staying at a Universal Orlando or Disney World hotel, they will likely try to add some extra entertainment when the parks close," he said. "While it may not be visiting Hogsmeade or Galaxy's Edge, I think if guests keep an open mind, they can still have fun at the hotels and all while -- most importantly -- remaining safe."

All visitors should also pay close attention to weather coverage and ultimately make an informed decision about their safety.