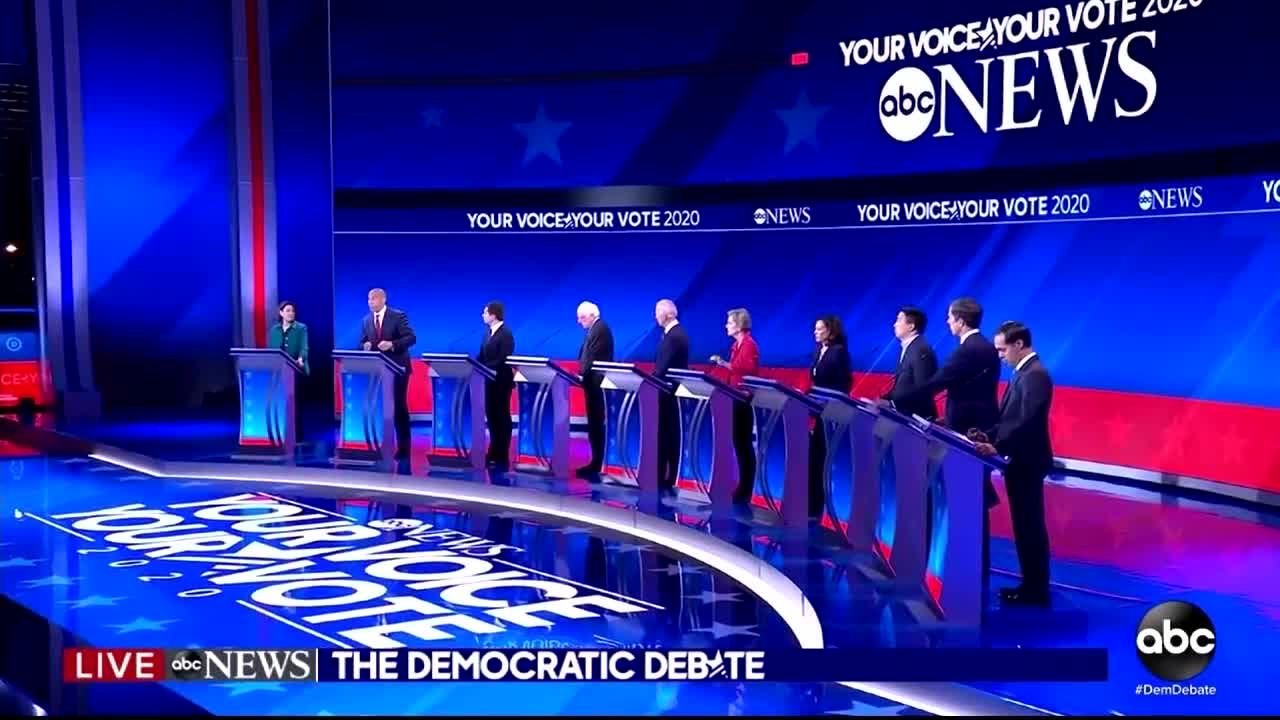 The 10 leading Democratic candidates focused heavily on health care and gun control Thursday in the first debate where they have all been on the same stage.

There were also a few sharp jabs exchanged by candidates, in particular, when Julián Castro harshly accused Joe Biden of contradicting himself and questioned whether his memory was faltering. "Are you forgetting what you said two minutes ago," he asked. He later slammed Biden for embracing his role in the Obama administration only when it was convenient.

Although Biden was targeted the most during the debate for his policies, other candidates chastised Castro for his manner of questioning Biden.

"This reminds everybody of what they cannot stand about Washington," Buttigieg chided Castro."That's called an election, Pete," Castro retorted.

Beto O'Rourke received some of the loudest cheers of the night when discussing gun control legislation. "Hell yes, we're going to take away your AR-15s, your AK-47s," he exclaimed.

The final question netted some of the most moving moments for the candidates when they asked about resiliency. The candidates were asked what professional setbacks had affected them the most.

After Biden was interrupted by protesters, he spoke about the personal loss of his first wife and daughter.

Elizabeth Warren shared how she, against the odds, completed her education in law school and her career as a teacher.

Bernie Sanders answered by saying he can take on the corporate elite.

Buttigieg remembered wondering if coming out as gay would ruin his career, and how the people of South Bend, Indiana, overwhelmingly reelected him.

Corey Booker spoke about when he took on the political establishment in Newark, an incident that was later turned into a documentary.

Andrew Yang recalled how the first business he started failed.

O'Rourke said everything he has learned about resilience, he learned from his hometown of El Paso. He told stories of the strength of the people of El Paso after last month's mass shooting.

Amy Klobuchar talked about her father's struggle with alcoholism, and how she fought to extend hospital stays for mothers and babies after her daughter was born with physical challenges and she was kicked out of the hospital.

Castro said that when he was on the San Antonio City Council, he had to get a job at a law firm and a client wanted him to vote against a law firm. "So, one day, I walked into my law firm and I quit my job. And then I went and I voted against that land deal on the city council," Castro said.