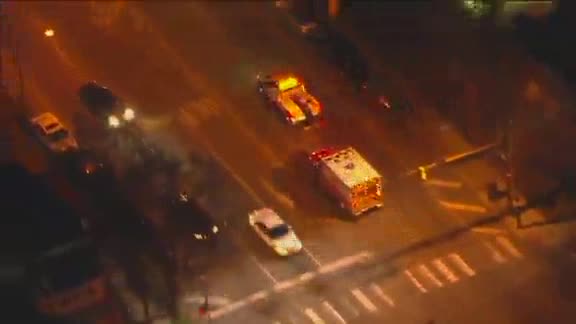 Police in Philadelphia arrested a nearly naked man who led them on a chase in a stolen ambulance.

Police responded to a report of shots fired and shot at the suspect.

He then jumped in the ambulance and evaded police.

The chase lasted about 90 minutes.

Watch the video below to see it unfold.

Police chase stolen amublance in Pennsylvania
Copyright 2020 Scripps Media, Inc. All rights reserved. This material may not be published, broadcast, rewritten, or redistributed.