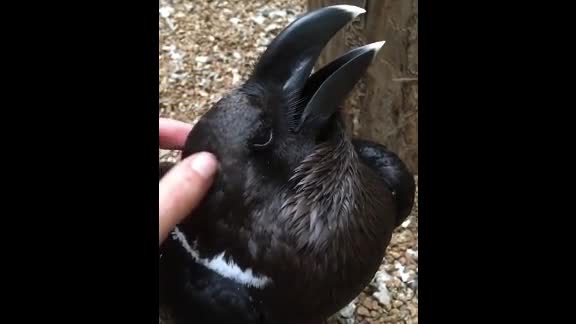 Remember the dress debate of 2015? Was it white and gold or blue and black?

Survey says: It's a bird!

It's an African white-necked raven named "mischief" to be exact.

This 18-year-old fella belongs to the world bird sanctuary in Missouri.

And apparently he's a pretty talented. Not only does he fly, he talks, paints, and of course confuses the internet.