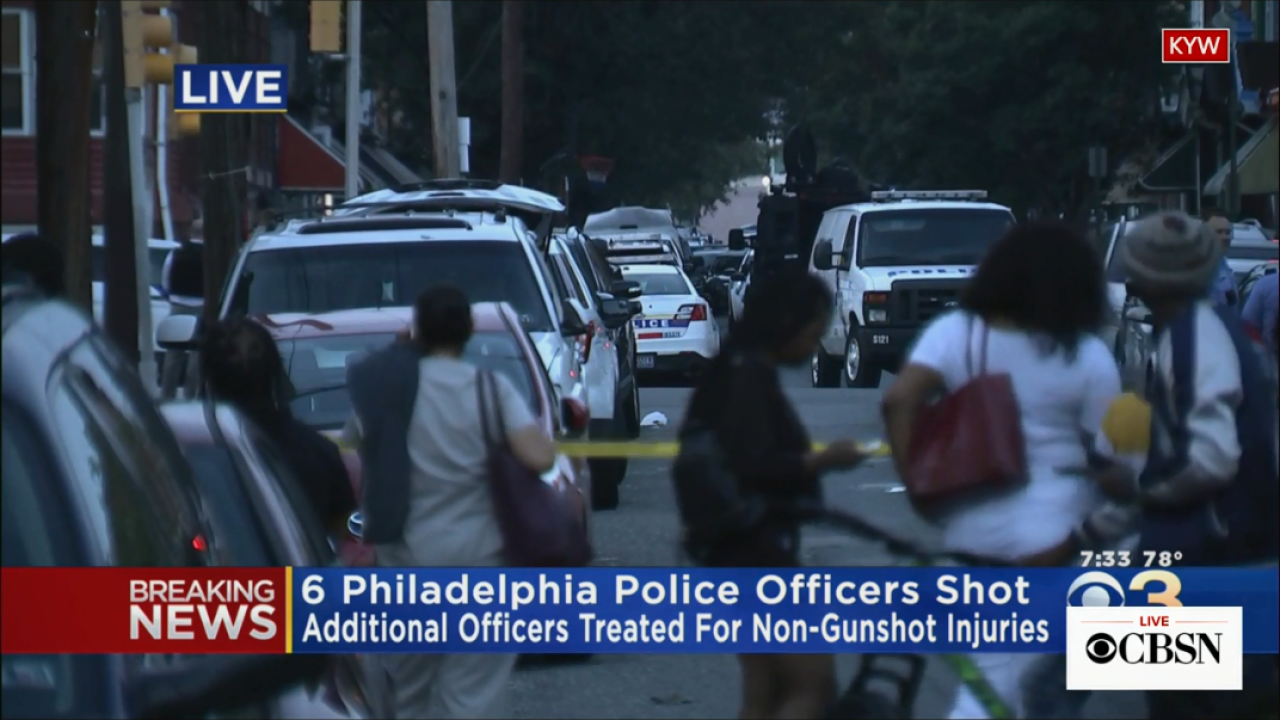 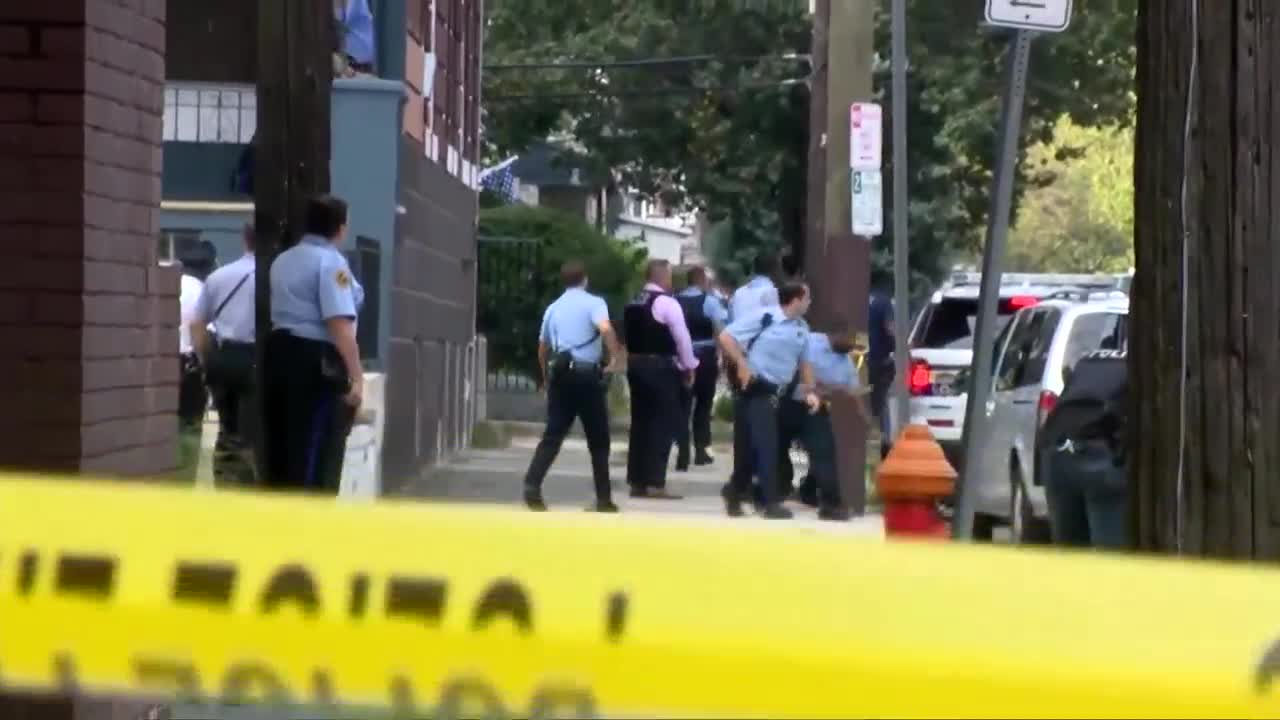 At least six police officers were shot in what police called an "active and ongoing" hourslong standoff in Philadelphia, authorities said. Two officers and three other people who had been trapped in the building with the shooter were freed after several hours, but the standoff continued into the night, police said.

After three hours, Police Commissioner Richard Ross said the situation was "in no way resolved." Police had initially responded around 5 p.m. on a narcotics warrant and things "went awry almost immediately," Ross said.

The commissioner said police are trying to communicate with a "single male" suspect. Police spokesperson Eric Gripp tweeted earlier that police are "imploring him to surrender and avoid further injuries."

Gripp tweeted that children from nearby day care centers were evacuated.

Gripp said the officers were transported to local hospitals with non life-threatening injuries. Ross said that by 10 p.m., all the officers who were shot were in stable condition and were going to be released.

Four women who were escorted from the Nicetown-Tioga neighborhood told CBS Philadelphia they were on the second floor of the building with the suspect. "I thank God for these cops," one woman said. Police urged residents to avoid the area.

At least one officer was shot in the head, one was shot in the leg and another in the hand. It's unclear where the other officers were shot. Several of the officers shot were taken to Temple University Hospital. The university said the Health Sciences Center had been on lockdown for several hours, but it was lifted by 7 p.m.

Police asked news helicopters to avoid the area, tweeting that they were hindering police activity.