Miss America is leaving Atlantic City after a long history 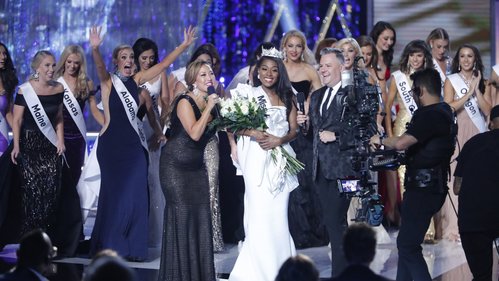 There she was, and now she isn’t.

The Miss America Organization is trading one casino town for another as it moves its 2020 competition from Atlantic City, New Jersey, to Uncasville, Connecticut, the organization announced Tuesday.

The Miss America competition follows 51 women as they compete for scholarships to use to toward their community service efforts and education aspirations.

This year’s competition will take place at the Mohegan Sun on Thursday, December 19 from 8-10 p.m. ET, breaking away from its longtime tradition of being a Sunday night event.

NBC, Miss America’s former home broadcaster of two decades, will air the competition instead of ABC, which hosted last year.

“Miss America is a storied organization that has a long history of empowering women, providing tremendous educational resources to women and serving the overall public good,” Ray Pineault, the president and general manager of Mohegan Sun, said in a statement.

The Miss America pageant began in 1921 on the boardwalk of Atlantic City. It then traveled to Las Vegas in 2006 and later returned to Atlantic City in 2013.