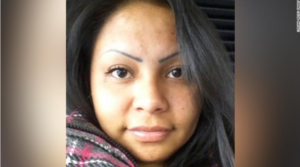 The remains of a Native American woman from Washington who went missing in 2018 have been found, according to a statement from the Yakima County Coroner’s Office.

Her remains were found in a freezer in the Toppenish area on July 4 and positively identified by the Yakima County Coroner’s Office using dental records, the coroner’s office statement said.

Strong’s death has been classified as a homicide but her cause of death is still under investigation, the coroner’s office said.

Strong was previously profiled by CNN in a story about Native American women who went missing.

“When I told the cops, they said, ‘well, she’s just probably partying, getting, you know, doing drugs,'” she recalled.

She told CNN the FBI started looking into Strong’s disappearance after getting a call from the Yakama Tribal Police, which she said was understaffed and largely unaccountable.

“People are getting killed, and it’s swept under the rug,” she said. “To me out there, it’s like the wild wild west.”

Thousands of Native American women go missing or are victims of violence every year, both on reservations and in cities. Although reliable, comprehensive data is difficult to come by, one estimate from the National Crime Information Center shows 5,712 reports of missing Native American women in 2016 alone.

In Canada, the problem is so acute that it sparked a national inquiry. But it is less scrutinized in the United States, said Roxanne White, a Native American activist and cousin of Strong, who spoke to CNN earlier this year.

“It hardly gets talked about,” said White. Washington state is one of the few exceptions. Lawmakers there have passed a law requiring the state police to gather data on the number of missing and murdered Native women.