When Amy Hunter looked up at the overcast sky over Virginia’s picturesque Smith Mountain, what she saw looked like a surreal painting.

Rolling waves tumbled across the sky. The clouds mysteriously formed perfect crests, as if the sea had floated up to the atmosphere.

Hunter snapped a photo of the peculiar cloud formation and shared it in a Facebook group for pictures of Smith Mountain. Most group members said they had never seen such an incredible phenomenon before, but there was a reason the rare waves had formed in the clouds. 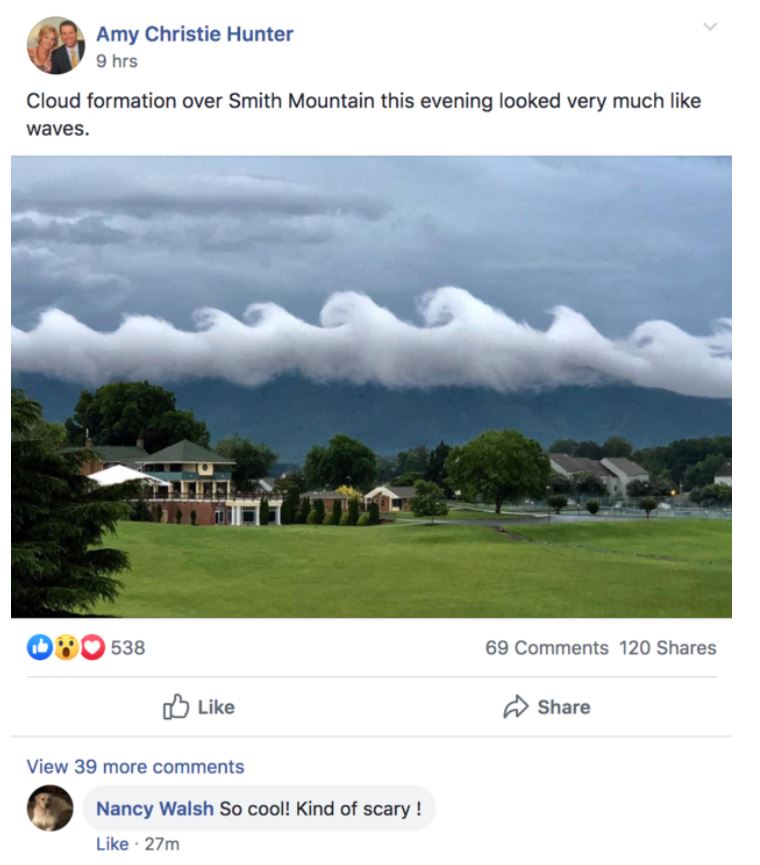 They’re Kelvin-Helmholtz waves, which usually form on windy days when there is a velocity difference across the interface between two fluids, such as wind blowing over water, according to EarthSky.org.

When there is a difference of air densities, and the upper air is moving at a higher speed, the clouds will whip up into wave-like shapes. 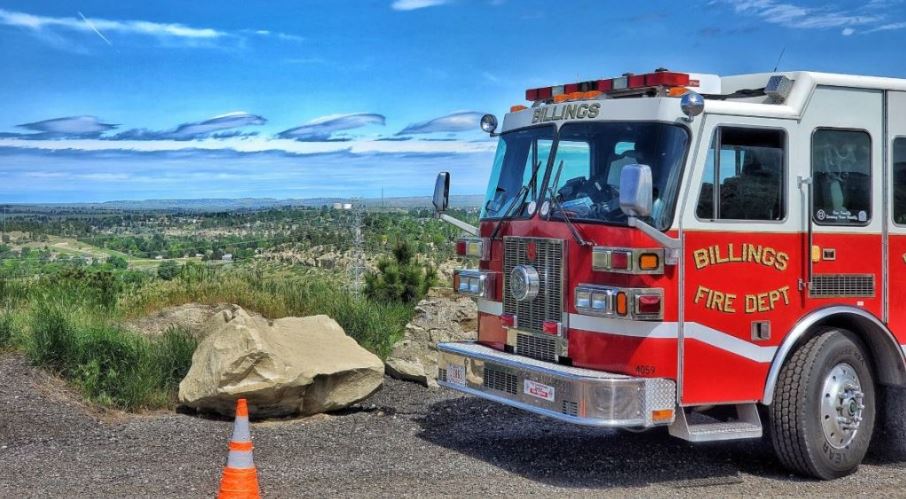 The waves are named after Lord Kelvin and Hermann von Helmholtz, who studied the physics behind this cloud formation. The presence of Kelvin-Helmholtz waves could mean there is an atmospheric instability, which could mean turbulence for aircraft.

These odd clouds have been stopping people in their tracks for centuries – they are even believed to have inspired Van Gogh’s “Starry Night,” according to EarthSky.