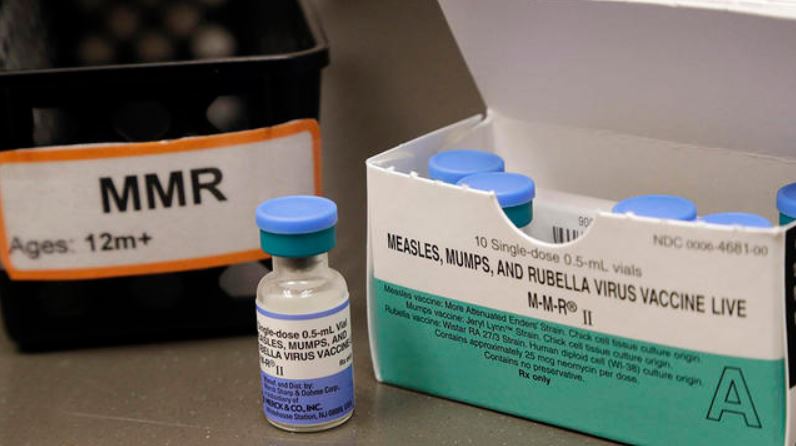 A report published Monday in the American Academy of Pediatrics medical journal recommends all U.S. citizens “receive all recommended vaccinations, including measles, before traveling abroad.” The study comes in the wake of what researchers are describing as a “record-breaking” measles outbreak in the World Health Organization’s (WHO) European Region.

The WHO European Region comprises 53 countries, from Andorra to Ukraine. According to data from the WHO, 41,000 measles cases were reported from January to June 2018 across those countries, including 37 deaths — a record-high number of fatalities since the 1990s.

Ukraine logged the most cases, with at least 23,000 reported; Serbia reported the most deaths. At one point, the study notes, measles cases in both countries exceeded 600 per 1 million people.

Other countries with high incidents of measles cases include France, Georgia, Greece, Italy, and Russia. Several of these countries are listed as top international destinations for U.S. travelers, the study notes.

For example, 2.5 million Americans traveled to Italy in 2015, making it the 10th-most visited country. That year, Italy reported 251 measles cases — a number that has only continued to rise each year. Italy has reported more than 2,600 cases this year as of March 28.

Researchers say low immunization rates are primarily to blame for the uptick in measles cases, which have been able to spread to other countries, including the U.S. Of the 336 U.S. measles cases reported last year through December 20, 2018, 40 originated in Europe and 12 of those cases led to stateside outbreaks.

The study urges travelers to consult with a physician before traveling abroad and cite the Advisory Committee on Immunization Practices when recommending vaccinations to children under 1 year of age.

“The Advisory Committee on Immunization Practices recommends that travelers between 6 and 11 months of age receive an early, additional dose if traveling to measles endemic countries,” the study notes. “Families should discuss with healthcare providers the risk of international travel with infants under 6 months of age.”

Researchers are hoping this information changes the minds of travelers who may have been reluctant to receive recommended vaccines. The paper cites a study of pre-travel health care clinic visits in the U.S., which noted that 399 travelers to Europe were eligible for the measles, mumps and rubella (MMR) vaccine but that 131 chose not to be vaccinated.

The measles virus is highly contagious and can be spread even without direct contact, as airborne droplets can remain in an enclosed space for up to two hours after a sick person has left that area. It can take up to two weeks for symptoms to develop, however.

Discolored spots in the mouth are usually the first symptoms to appear, according to the Centers for Disease Control and Prevention. Other symptoms include rash, high fever, cough, watery, irritated eyes and sinus issues.