The defending champions are ranked No. 1 in the FIFA world rankings, a position they’ve held for 11 of the past 12 years. Here’s why they’re the team to beat again in 2019.

There is some serious experience on this squad. Of the 23-woman roster, eight have over 100 appearances – or caps – for the U.S. in international competition. Those eight women alone have a combined 334 goals – more than three-quarters of the 433 goals the 2019 squad has collectively. 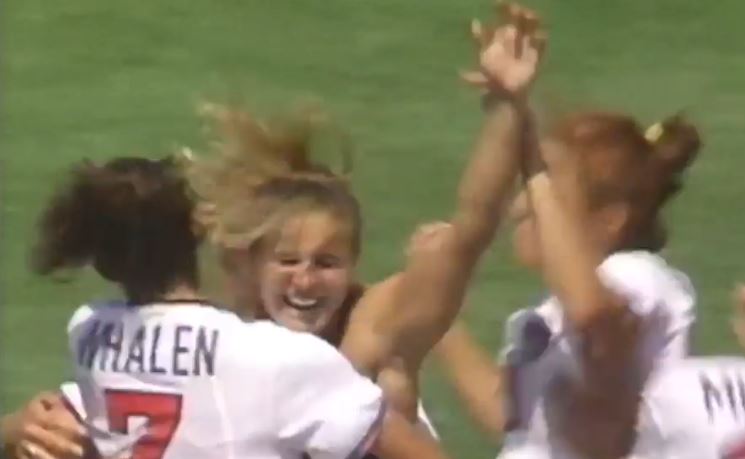 “Selecting a World Cup team is a long process,” says fourth-year coach Jill Ellis. “These 23 players have been through adversity and success, and it’s a group that has the talent, confidence, experience and desire to help us win the World Cup.”

One of the three captains for the 2019 World Cup squad, veteran forward Carli Lloyd will be playing in her fourth FIFA Women’s World Cup this year. Only four women have more appearances in a U.S.A. jersey than Lloyd. She is fourth on the top scorers list and seventh for assists. She tallied six of the 14 goals the U.S.A scored in the 2015 tournament, winning the adidas Golden Ball award in the process.

The U.S.A. has qualified for the Women’s World Cup every year since it started in 1991, winning three times. They have 33 wins, six losses and only four ties in World Cup play, outscoring their competition 112-35. Their last loss in World Cup play was in 2011, losing the final to Japan on penalty kicks after two overtime periods.

The team has played 10 matches in 2019 leading up to this year’s World Cup, winning seven of them. They enter the tournament on a six-game win streak, scoring 23 times, but conceding only three goals in those matches.

The U.S. women will begin play in Group F, the last of the six groups to play. They will play one match each against ninth-ranked Sweden, Thailand (34) and Chile (39). Here is when the USWNT will play their first three matches in the group stage.

The U.S. Women have only faced Thailand one time, winning handily 9–0 in their first match after the 2016 Olympics. Thailand qualified for the 2015 tournament, but failed to advance out of the group stage. This is only Thailand’s second Women’s World Cup.

This is Chile’s first Women’s World Cup. USA and Chile have met on two prior occasions, both last summer in international friendly play. The U.S. combined for seven goals, shutting out Chile in both matches.

Like the U.S., Sweden has participated in every Women’s World Cup. USA will be looking to avenge their 2016 Olympic Games quarter-final loss to Sweden that knocked the USWNT out of medal contention. In World Cup competition, however, the U.S. holds a respectable 3-1-1 record against Sweden. This should be the most competitive group stage match for both sides.