Human-started wildfire in Arizona spreads to over 7,000 acres

PHOENIX – A wildfire called the Mountain Fire near Phoenix spread to 7,225 acres by Saturday afternoon, Tonto National Forest officials said. As of noon local time, there was no containment.

Air tankers and helicopters are dropping fire retardant and water, and the fire appeared to be burning away from communities, fire officials said.

There was a mandatory evacuation of campers and users at Bartlett Lake.

Fire officials told CBS Phoenix affiliate KPHO that the biggest obstacle in fighting the fire is the wind.

“We have a little line around it and it’s continuing to march on,” said Brad Widhalm with Tonto National Forest.

In northern California, the first red flag warning was issued for the fire season. The utility PG&E cut power to 1,600 customers for more than six hours on Saturday due to extreme fire risk. 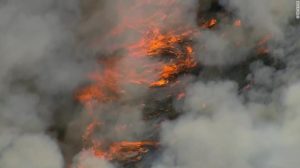 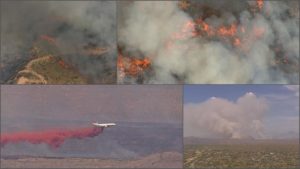