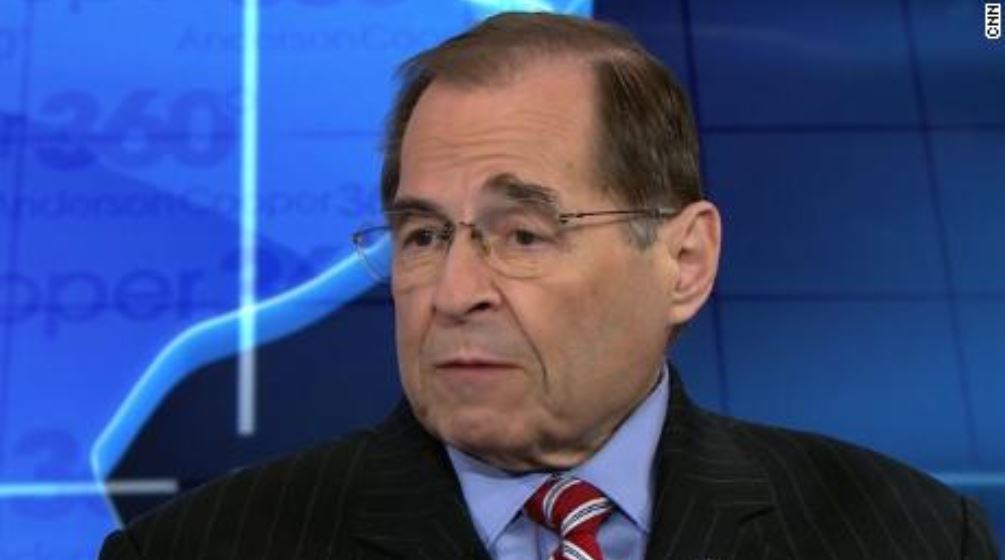 House Judiciary chairman Jerry Nadler said that Congress will “respond to the crimes, lies and other wrongdoing of President (Donald) Trump” following special counsel Robert Mueller’s announcement that he’s formally closing his office after a two-year investigation and would not provide information beyond his already public report in any appearance before Congress.

“Given that special counsel Mueller was unable to pursue criminal charges against the President, it falls to Congress to respond to the crimes, lies and other wrongdoing of President Trump – and we will do so,” Nadler said in a statement. “No one, not even the President of the United States, is above the law.”

Trump weighed in on Mueller’s statement on Twitter, and the Trump Campaign issued a statement:

“Special Counsel Robert Mueller’s remarks today confirmed what we already knew.  There was no collusion between the Russians and the Trump campaign, and there was no case for obstruction.  President Trump has been fully and completely exonerated.  Mueller said his investigation is over.  The case is now closed.

“Now it’s time to turn to the origins of the Russia hoax and get to the bottom of why the Trump campaign was spied on by the Obama-era DOJ and FBI. Anyone who is for transparency, constitutional civil liberties, and the rule of law should want to know why human sources, wiretapping, and unmasking were used to infiltrate a presidential campaign.”

Nothing changes from the Mueller Report. There was insufficient evidence and therefore, in our Country, a person is innocent. The case is closed! Thank you.

The Democratic leadership led by House Speaker Nancy Pelosi has so far resisted the pressure from the left to open an impeachment inquiry in Nadler’s committee. After Mueller’s announcement, Nadler and Rep. Doug Collins of Georgia, the top Republican on the panel, each said the special counsel confirmed their contradictory views of the report’s conclusions.

Mueller said in a rare and remarkable public statement Wednesday his investigation could not clear Trump and that charging the President was not an option his office could consider.

In Mueller’s first public comments on the investigation since he was appointed special counsel two years ago, he emphasized that Justice Department guidelines did not allow him to charge a sitting President, and as a result his office did not determine whether the President had committed obstruction of justice.

As he announced he was closing the special counsel’s office and resigning from the Justice Department, Mueller delivered a road map of how the investigation played out and the possible role that Congress could play in holding Trump accountable.

“In his statement this morning, special counsel Mueller reaffirmed his report, which found substantial evidence that Russia attacked our political system and that the President sought to obstruct Mueller’s investigation over and over again,” said Nadler. “He also confirmed three central points: he did not exonerate the President of the United States of obstruction of justice, obstruction of justice is a serious crime that strikes at the core of our justice system, and the Constitution points to Congress to take action to hold the President accountable.”

But Collins said Mueller found “there was no collusion and no obstruction” and urged the country to “move on” from the investigation to other issues.

“Relitigating the 2016 election and reinvestigating the special counsel’s findings will only further divide our country,” said Collins. “I appreciate special counsel Mueller highlighting the grave threat Russian interference in our elections poses to our democracy.”