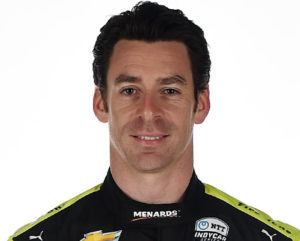 SPEEDWAY, Ind. – Simon Pagenaud won the 103rd Indianapolis 500 on Sunday afternoon by 0.2086 seconds over Alexander Rossi to become the 21st pole-sitter to win the race and the first since 2009. Pagenaud beat out Rossi, the 2016 winner, and third-place finisher Takuma Sato, the 2017 winner, in a close race that featured multiple lead changes but only two crashes.

Pagenaud held off Rossi during a thrilling final lap of the contest, where the French racing veteran moved back and forth in front of Rossi at speeds exceeding 200 mph, refusing to allow his American rival to pass despite multiple attempts on his part to take the inside. Their final lap was a photo finish between two of the top drivers in all of the 2019 IndyCar Series.

Coming into the race, Pagenaud won the pole position on the inside where he started out in front of last year’s winner and heavy favorite, Will Power, who began in the sixth position on the outside and finished fifth. Pagenaud shared the first row with Ed Carpenter and Spencer Pigot, while Power shared the second row with Ed Jones and Colton Herta, the first driver in Indy 500 history to be born in the 2000s.

A crash occurred during lap 180 when Graham Rahal and Sébastien Bourdais touched wheels and both spun out of place. Kyle Kaiser also spun out of control during the race.

This is the moment @GrahamRahal and @BourdaisOnTrack crashed at @IMS.

This year, there were 33 entrants in the race and an expected attendance of at least 250,000 people.  There were seven former Indy-500 winners in the 2019 race, among those Scott Dixon, Tony Kanaan and Ryan Hunter-Reay, and six rookies, including 19-year-old Colton Herta. Every single engine in the race was manufactured by either Chevrolet or Honda.

Known as “The Greatest Spectacle in Racing,” the Indianapolis 500 takes place each year at the Indianapolis Motor Speedway, also known as the Brickyard. On Sunday, over 200 laps and 500 miles, some of the IndyCar’s best drivers battled one another while hitting speeds of up to 230 mph.

The race was carried live on NBC where coverage began at 12:45 p.m. Sunday. Kelly Clarkson performed the national anthem, while Matt Damon and Christian Bale were the honorary starters, ahead of their new film, “Ford v. Ferrari.”