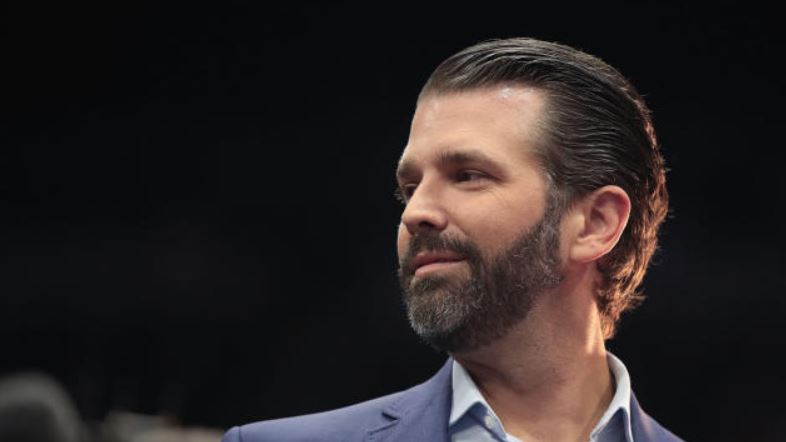 The subpoena is significant because it could not be issued without the backing of Republican Chairman Richard Burr, and the White House and Senate Majority Leader Mitch McConnell have insisted special counsel Robert Mueller’s investigation is closed and needs no further inquiry. Axios first reported the subpoena, which calls for the president’s son to return and answer questions about previous Russia-related testimony.

Acting White House chief of staff Mick Mulvaney told CBS News’ Major Garrett he was not told by the committee that the president’s son would be subpoenaed. On “The Takeout” podcast this week, which will be released Friday, Mulvaney was critical of the GOP-led committee for not informing the White House.

For the Senate Intelligence Committee to subpoena Mr. Trump’s son and “not at least get a heads-up, I thought was — let’s say bad form,” he said. He said he did not know whether the president was also caught by surprise.

A spokesperson for the committee told CBS News, “We do not discuss the details of witness engagements with the committee. Throughout the investigation, the committee has reserved the right to recall witnesses for additional testimony as needed, as every witness and witness counsel has been made aware.”

A lawyer for Donald Trump Jr. did not immediately respond to a request for comment.

Trump Jr. was a key figure in the June 2016 meeting in Trump Tower with a Russian lawyer. And, according to former Trump attorney Michael Cohen, Trump Jr. was involved in discussions about the possibility of building a Trump Tower in Moscow.

The White House and the president’s allies have taken a nonchalant approach after the release of Mueller’s findings, which detailed 10 possible instances of obstruction of justiceand extensive Russian interference into the 2016 presidential election.

Trump son-in-law Jared Kushner said the Russia investigations have caused more harm to American democracy than Russian interference in the election did, a comment that raised eyebrows.

“I think the investigations and all the speculation has had a much harsher effect on democracy than a few Facebook ads,” Kushner said, referring to the social media campaign by the Russian government intended to sow discord in American politics during the 2016 election.

The Russian government also hacked the emails of prominent members of Hillary Clinton’s campaign, and disseminated them through outlets such as WikiLeaks, according to Mueller’s report.