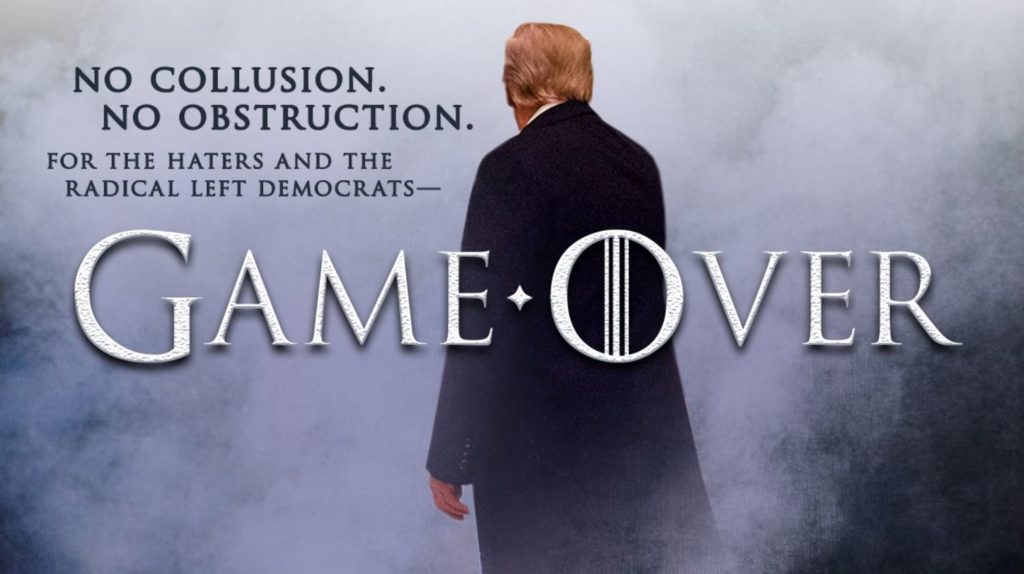 On Thursday morning, Attorney General William Barr held a press conference to preview the release of the long-awaited Mueller report on Russian interference in the 2016 election.

Reporters asked questions. Process was discussed. And soon afterward, President Trumptook to Twitter with a response – though perhaps not the sort of response many would have expected.

The president posted – and promptly pinned – a “Game of Thrones” meme, featuring a photo of himself looking out onto the horizon, surrounded by dramatic mist. “No collusion. No obstruction,” the meme reads. “For the haters and the radical left democrats – GAME OVER.”

This isn’t the first time the president has used “Game of Thrones” memes to comment on timely political activity. In November, he previewed new sanctions against Iran in a tweet which played off the iconic “Game of Thrones” tagline, “Winter is coming.”