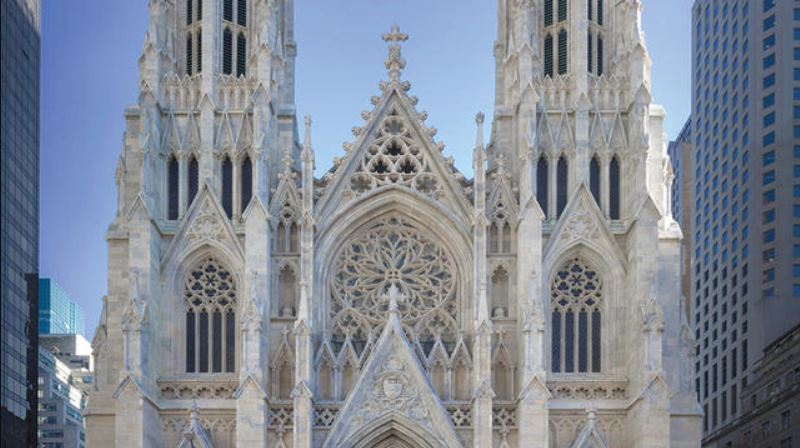 A man was arrested outside St. Patrick’s Cathedral on Wednesday night after he allegedly tried to bring in gas cans and lighter fluid, the New York Police Department said.

NYPD Deputy Commissioner John Miller said the suspect was stopped by security as he tried to enter the church although some gasoline spilled outside the church.

Miller said the suspect said he wanted to cut through the church to get to Madison Avenue and he the gas cans because his car ran out of gas. But police discovered that wasn’t true when they checked the vehicle.

Miller said it’s “too early” to determine his motive. “This is a location where we always have heightened security,” Miller said.

Miller said the suspect was already known to police and they are looking into his background. His identity has not yet been released.

St. Patrick’s was open at the time of the arrest and this is the holiest week of the year for Catholics.

The arrest comes just days after a high-profile fire at Notre Dame Cathedral in Paris. The cause of that blaze remains unclear.

Earlier this week, there was a fire at Manhattan’s St. John the Divine Cathedral during Palm Sunday services. Smoke filled the cathedral shortly after 10 a.m. after a fire started in the basement, CBS New York reported.