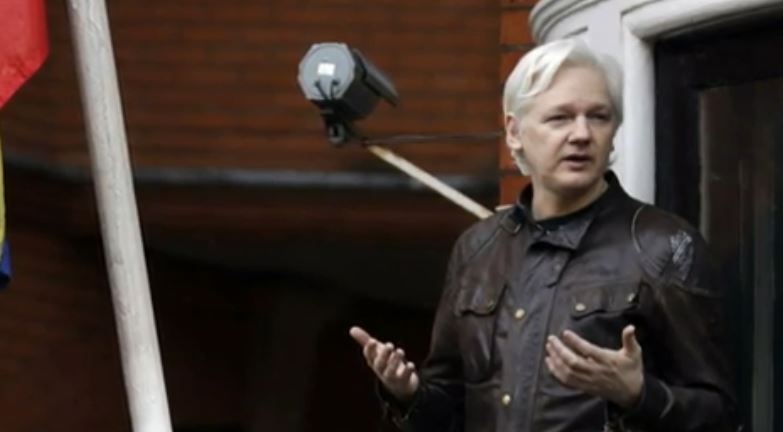 In an interview with CBS News’ partner BBC News, Moreno said Assange “even attacked some of the guards, something that definitely can’t be tolerated.”

“He exhausted our patience and pushed our tolerance to the limit,” Moreno said.

The WikiLeaks founder was arrested by British police earlier this month. Ecuador had granted him asylum in 2012 and he spent seven years living in the country’s London embassy under its protection.

“He is an informational terrorist,” Moreno told the BBC. “He does not give out the information he has. He selects them conveniently and according to his ideological commitments.”

Assange is now awaiting sentencing in Britain for skipping bail and the United States is seeking his extradition. The Justice Department has charged him with taking part in a hacking conspiracy, accusing him of conspiring with former Army intelligence analyst Chelsea Manning to hack into a government computer.

Critics have said Assange’s work was journalistic and his detention is a violation of press freedom, but others have accused him of working with Russia to, among other things, influence the outcome of the 2016 U.S. presidential election.

“If we look back a little at the countries that he selectively revealed,” Moreno said, “information about (Russia) was not among them.”

WikiLeaks tweeted a response on Wednesday.

“WikiLeaks refutes President Moreno’s grotesque lies about Assange,” it said. “They are a crude attempt to distract from Moreno’s own corruption scandals in Ecuador and the cowardly expulsion of our publisher into the reach of US authorities.”

WikiLeaks refutes President Moreno’s grotesque lies about Assange. They are a crude attempt to distract from Moreno’s own corruption scandals in Ecuador and the cowardly expulsion of our publisher into the reach of US authorities.

Moreno has accused Wikileaks of hacking his own devices and publishing, among other things, a photo showing him in bed with lobster as austerity measures were being rolled out in Ecuador.