Trump predicts how the Democratic presidential primary will turn out 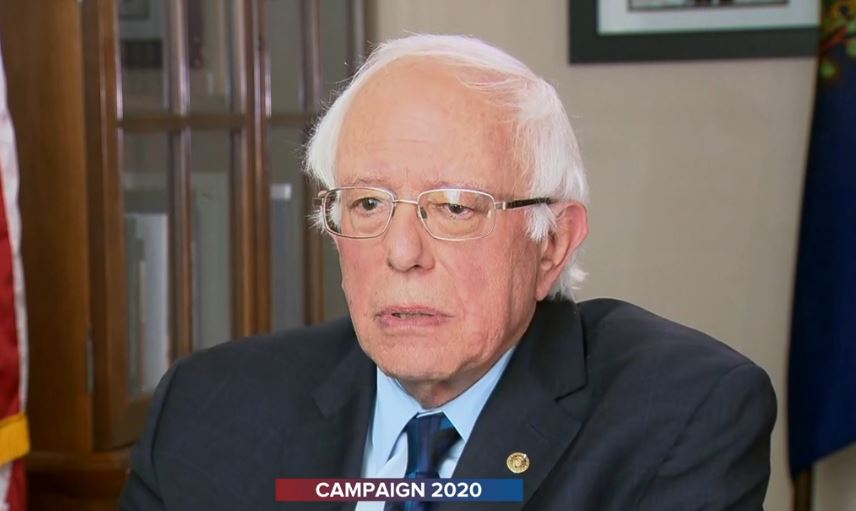 President Donald Trump says he has a feeling about how the 2020 Democratic presidential primary will turn out.

In a Tuesday evening tweet, he predicted that the Democratic nominee would be either Vermont Sen. Bernie Sanders or former Vice President Joe Biden.

I believe it will be Crazy Bernie Sanders vs. Sleepy Joe Biden as the two finalists to run against maybe the best Economy in the history of our Country (and MANY other great things)! I look forward to facing whoever it may be. May God Rest Their Soul!

He claimed that the two would “run against maybe the best Economy in the history of our Country (and MANY other great things)! I look forward to facing whoever it may be.”

“May God Rest Their Soul!” he added.

Polls have consistently shown Biden and Sanders leading the rest of the Democratic field in recent weeks. Sanders, however, told CBS News last week that he doesn’t take his frontrunner status “all that seriously.”

“I am where I am, would I rather be on top than down below, yeah I guess so,” Sanders said. He noted, however, that it’s a “long, long campaign” and all that matters is “what happens on election day.”

Biden, meanwhile, has not even officially entered the race, although he’s reportedly in the final stages of preparing a White House bid.

Brad Parscale, Mr. Trump’s 2020 campaign manager, recently told “Face the Nation” moderator Margaret Brennan that he is “not worried” about any of the Democratic candidates.

Asked if any Democrats have impressed him so far with their “digital game,” Parscale said, “I don’t know…I’m not worried about any of them right now. I think they’re going to beat up each other so much. I’m expecting another 15 I think by next weekend, it seems like.”