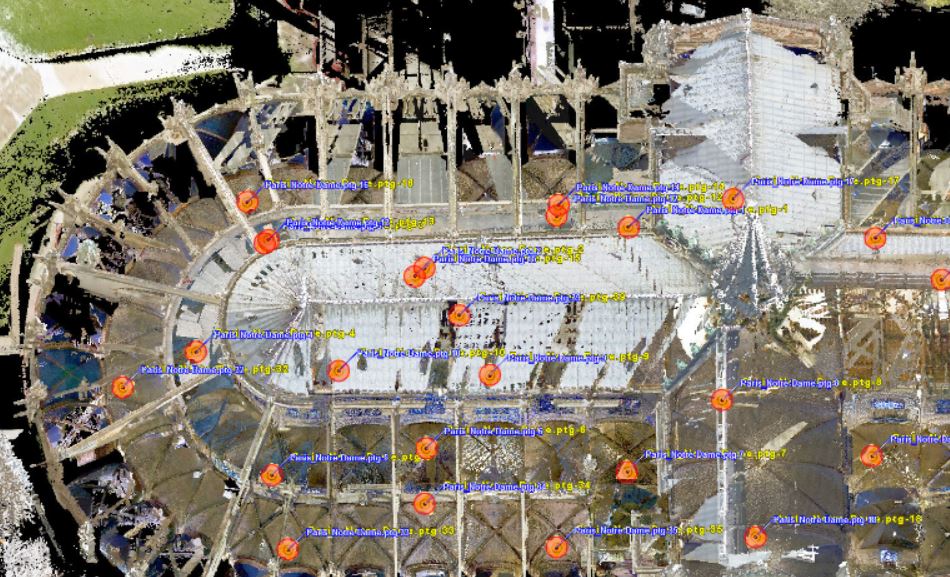 Although parts of Paris’ Notre Dame Cathedral now lie in ruins, people can still experience what most of its nooks and crannies looked like in remarkable detail — thanks to an American art historian.

Andrew Tallon, a professor of art at Vassar College, used lasers to painstakingly scan the cathedral in 2015, giving us a nearly perfect digital replica of the Gothic structure. And his work could help architects and engineers rebuild it after Monday’s fire.

Tallon studied Gothic architecture and sought to understand how medieval builders erected some of Europe’s great cathedrals. So he created a spatial map of Notre Dame using more than a billion laser-measured points.

Even though Tallon died in December, his digital model will be crucial for restoration efforts because it details exactly what the church looked like before the fire’s destruction.

“If (restorers) have any questions about how it was built before, they can look at the scan and measure every single thing,” said Dan Edleson, principal of building information modeling firm STEREO. The scans are a “very accurate representation to the level that until a few years ago nobody could do.”

The Notre Dame Cathedral has been repeatedly modified over almost seven centuries, making the architectural history of the building difficult to follow. But through 3D laser scanning, Tallon unveiled the builders’ decisions and previously unknown characteristics of the majestic structure. For example, his scans showed that the interior columns at the western end of the cathedral do not line up.

Restoration will take years, but Tallon’s scan data will be invaluable in the process.

Tallon set up a tripod with a laser beam in more than 50 different locations around the cathedral to gather data points and get a spatial understanding of the structure. It’s the same technology that self-driving cars use to identify objects around them, Edleson said.

Tallon would climb into any conceivable space he could get access to at Notre Dame, including stairwells, the rooftop and on top of the vault, says John Ochsendorf, an engineer who worked with the late scholar.

“He was a very special human being who loved these buildings and wanted to understand them better,” Ochsendorf said. “He wanted to be able to walk in the shoes and in the minds of the builders of the gothic. And he came as close to just about anyone to doing that.”

Ochsendorf said Tallon is “certainly the only one to scan the building in this detail.”

The biggest part of the reconstruction of Notre Dame will be the cathedral’s roof, much of which was destroyed in the fire.

“Scan data … will help them recreate measurements for beams and the overall structure,” said Krupali Uplekar Krusche, who leads a team at Notre Dame University that uses 3D scanning to document historic monuments.

The data can show “how the building is constructed … and you can see every corner, every detail digitally,” Krusche added.

The level of detail — which is accurate up to a couple millimeters — will prove handy when it comes to restoring the cathedral’s spire, which was intricately made, Krusche said.

Tallon’s data by itself isn’t enough to carry out a restoration, however. Architects will also need to incorporate information from past restorations, such as building materials, as well as photographs, measurements and drawings.

Before he died last year, Tallon had expressed concern over Notre Dame’s crumbling state of disrepair. In a 2017 video, he strolled along its roof, pointing to missing pieces, deteriorating gargoyles and water damage to the stones.

The scholar co-founded an organization, Friends of Notre-Dame de Paris in America, which raises funds for repairing the beloved cathedral.

“So what I hope you can see by walking through this forest of stones is that they’re suffering,” Tallon said in the video. “Through exposure to water, through exposure to atmospheric pollution, they need some attention … a lot of attention.”