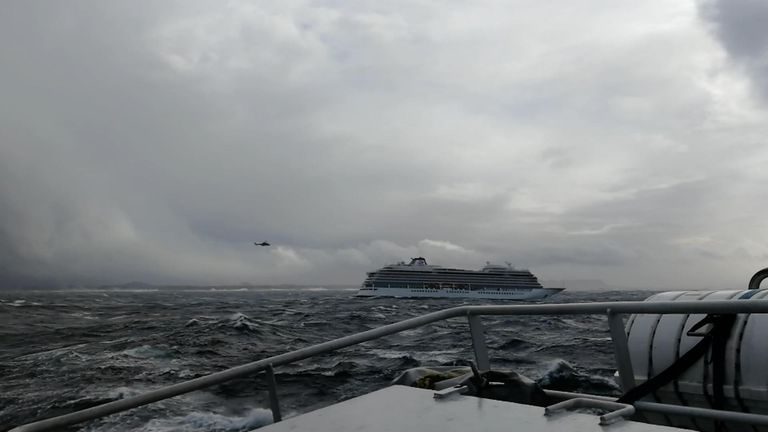 Police in the western county of Moere og Romsdal said the ship managed to anchor in Hustadvika Bay, between the western Norwegian cities of Alesund and Trondheim, so the evacuations could take place.

Rescue teams with helicopters and boats were sent to evacuate the cruise ship under extremely difficult circumstances.

Norwegian public broadcaster NRK said the Viking Sky’s evacuation was likely to be a slow and dangerous process, as passengers needed to be hoisted from the cruise ship to the five available helicopters one by one. By 6 p.m. local time, some 100 people had been rescued.