Three Sumatran tiger cubs are preparing for their public debut at the Taronga Zoo Sydney set for later this month.

The cubs, two female and one male, are just two months old and are yet to be named. They were born to a Sumatran tiger named Kartika on Jan. 17 at Taronga Zoo.

A veterinarian gave the cubs their very first medical examination on Friday, checking their eyes, ears, teeth, heart and joints

“The happy and healthy cubs are growing steadily, and now weigh between 6-7 kg each,” the Zoo said in a news release.

The zoo says their birth is an “incredible success” for the rare species, with only 350 individuals remaining on the Indonesian Island of Sumatra.

According to the International Union for Conservation of Nature and Natural Resources, Sumatran tigers are critically endangered due to habitat loss in the wild, primarily caused by oil palm farming. 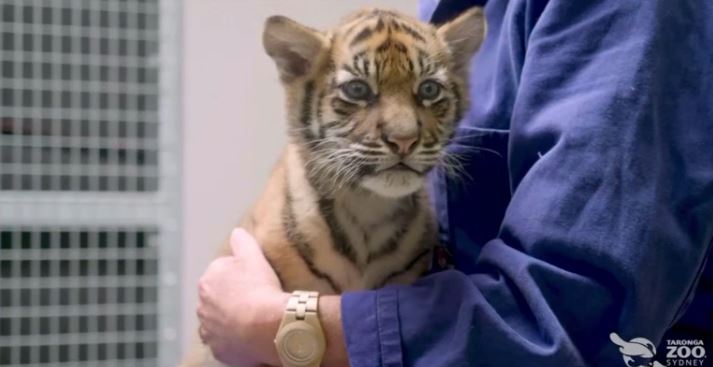