“It’s worse than we even thought”: Victims’ family reacts to Christopher Watts’ confession 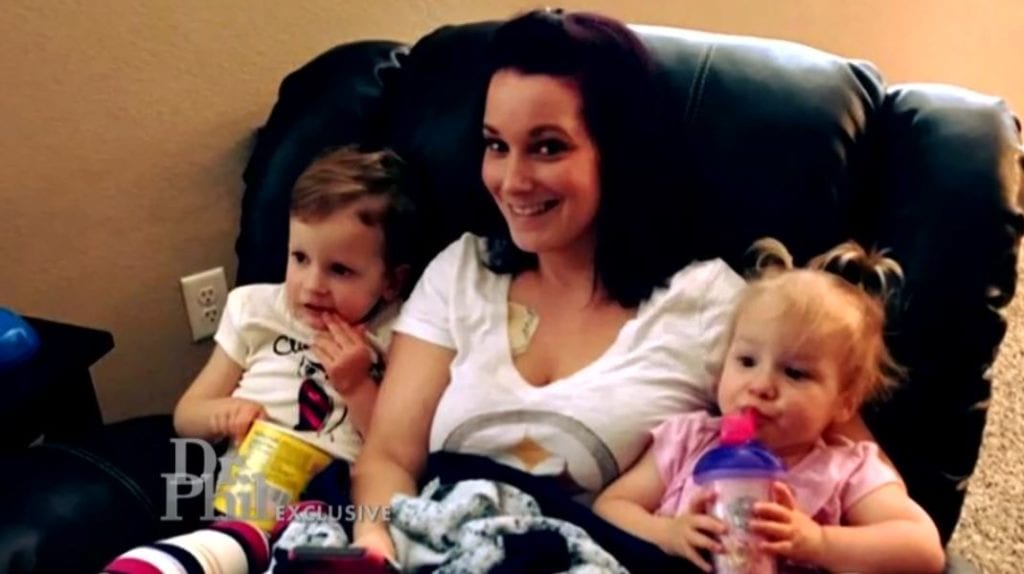 The family of Shanann Watts, the Colorado mother who was slain along with her two young daughters, expressed grief and shock on “Dr. Phil” Monday following a disturbing confession by Watts’ husband.

Christopher Watts, 33 is serving life in prison after pleading guilty in November to murder and other counts in the killings of his pregnant wife, Shanann, 34, and the couple’s two daughters, Bella, 4, and Celeste, 3, last August.

Sandy Rzucek, the mother of Shanann Watts, told the television host that the hardest part of the painful ordeal has been learning about the last moments of their oldest granddaughter’s life.

Christopher Watts gave a detailed confession to investigators last month; transcripts and audio of it were released publicly last week.

Watts said he strangled Shanann in the couple’s bed after she told him she knew about his affair with a co-worker. He said he backed his truck into the garage, loaded the woman’s body inside and drove with the two girls to the oil site where he was employed, 40 miles away.

There, he said, he smothered Celeste with her favorite blanket and threw her body in an oil tank before smothering Bella the same way and dumping the older girl’s body in a separate tank.

Watts said Bella fought for her life and that he is haunted by her last words: “Daddy, no!”

The family said they had been briefed on Watts’ interview by law enforcement, but hadn’t heard the audio recordings. They gave details of the confession to Dr. Phil last week before the information was made public.

“I think the hardest part [is] knowing our granddaughter watched her sister die and then begged for her life,” Sandy Rzucek told Dr. Phil in an interview that aired Monday. “I don’t know how much worse you could hear.”

Shanann Watts’ brother said the family had hoped the girls were killed in their sleep.

“It’s worse than we even thought, we thought the worst was what we heard already,” Frank Rzucek Jr. said.

Authorities believe the latest interview with Christopher Watts amounts to his first full confession. Watts had initially claimed in a videotaped conversation with his father that he killed Shanann in a fit of rage after Shanann killed the two girls.

But in the interview Feb. 18 with investigators from the FBI, the Colorado Bureau of Investigation and the Frederick Police Department, he admitted that was a lie, saying he “went with it” after it was suggested to him during an interrogation.

Speaking to Dr. Phil, Shanann Watts’ family said they are relieved he admitted Shanann had no role in the girls’ deaths.

“I’m glad this is going to shut up all the people still saying Shanann did it,” Frank Rzucek Jr. said.

The family said that when Chris Watts first entered their lives, they thought he was “amazing” and a “good dude.”

Sandy Rzucek said Watts was acting “cold” to her daughter on the family’s most recent trip to North Carolina. And the couple had recently postponed a gender reveal party — during which they were expected to announce that Shanann was expecting a boy — because Watts was acting “distant,” she said. But the family told Dr. Phil they never had any indication their daughter might be in danger.

Sandy Rzucek said she felt her daughter’s “spirit” and immediately knew something was wrong, even before the woman and her daughters had been reported missing Aug. 13.

“I woke up the whole house,” she said. “I said, ‘Something’s wrong with Shanann.'”

The family said they immediately knew Christopher Watts was lying when they saw him pleading in multiple media interviews for his family’s return. Shanann Watt’s father, Frank Rzucek Sr., said when he saw video of Christopher Watts backing his truck into the driveway, he knew Watts was involved with the disappearance.

After learning the disturbing details of her son-in-law’s confession, Sandy Rzucek said she’s haunted “every day of my life” by what Shanann, Bella and Celeste were thinking in their last moments. She said she believes her granddaughters “were screaming for their mom and for us, there’s no doubt in my mind.”

She said she doesn’t believe her son-in-law “snapped,” as he told investigators, citing his deceptive behavior after the slayings.

“Sometimes I think, wow, could he seriously think he could get away with it?” she asked.

Frank Rzucek, Sr. said he’s still left asking, “Why?” The family suspects Watts wanted a “new life” with the co-worker with whom he was having an affair.