Five thousand years after people in the British Isles began building Stonehenge, scientists now know precisely where some of the massive rocks came from and how they were unearthed.

A team of 12 geologists and archaeologists from across the United Kingdom unveiled research this month that traces some of the prehistoric monument’s smaller stones to two quarries in western Wales.

The team also found evidence of prehistoric tools, stone wedges and digging activity in those quarries, tracing them to around 3000 BC, the era when Stonehenge’s first stage was constructed. 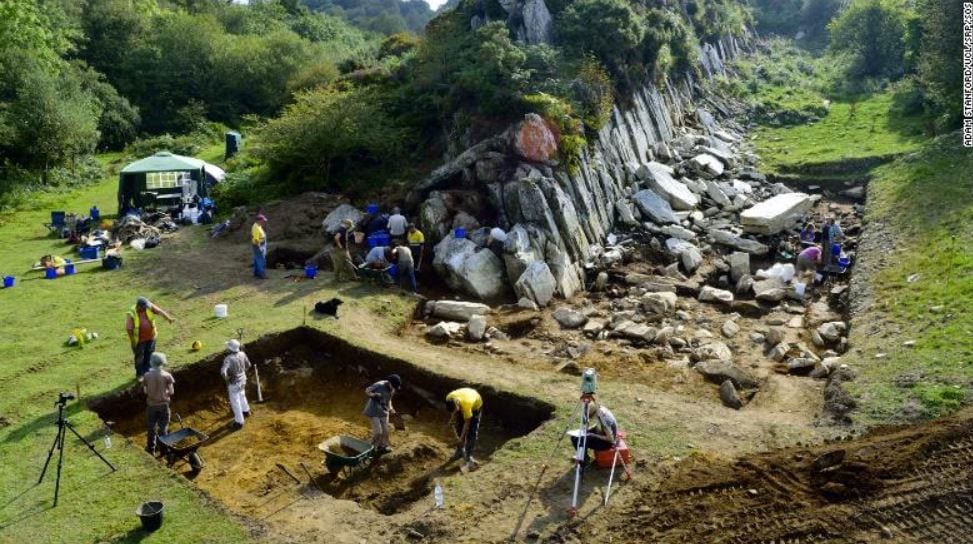 It’s rock-solid evidence that humans were involved in moving these “bluestones” to where they sit today, a full 150 miles away, the researchers say.

“It finally puts to rest long-standing arguments over whether the bluestones were moved by human agency or by glacial action,” University of Southampton Archeology Professor Joshua Pollard said in an email.

Pollard, a lead researcher in the study, said the team since 2010 has been busy analyzing samples from Stonehenge and trying to match them to rocks in the Preseli Hills of Wales.

“That is hard work,” he said. “Research of this kind takes time.”

To get accurate matches, geologists crushed hundreds of rock samples into powder. Then, they did in-depth chemical tests involving X-rays and analyzed the age of crystals using zircon chemistry.

“What is exciting from the geological point of view is that we are using a combination of standard (microscopes) and modern analytical tools,” geologist Richard Bevins of the National Museum Wales told CNN.

Finding had been ‘curiously under-studied’

Scientists have long known the stones came from the Preseli Hills, but the new research helps disprove claims about the original rock locations made in 1923 by famous British geologist H.H. Thomas. The correct quarries, called Carn Goedog and Craig Rhos-y-felin, are on the north side of the hills — opposite their long-suspected location, the new findings indicate.

“By going back and looking in detail at the actual samples he studied, we have been able to show that none of his proposals stand up to scrutiny,” Bevins said. 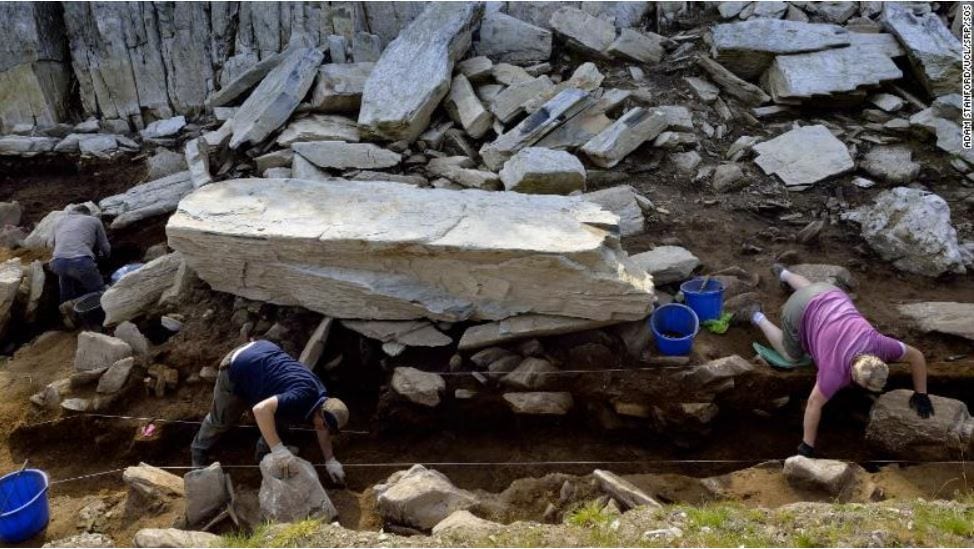 Because the rocks are from the north side of Preseli Hills, the researchers think it’s more likely the massive stones were dragged over land from Wales to England, rather than transported on river tributaries located near the south side.

It’s also possible the rocks were first used to build a stone circle in the local area before being paraded to the Salisbury plains, according to the article in the journal, Antiquity.

Archeologists now want to focus on the prehistoric connections between early people in the Preseli Hills and the English plains to the east, Pollard said. The team is also hoping to get access to the buried stumps at Stonehenge to confirm their origins.

“It remains one of the most remarkable instances of long-distance movement of megaliths in the ancient world, yet was curiously under-studied,” Pollard said. “I’m sure we’ll be back.”