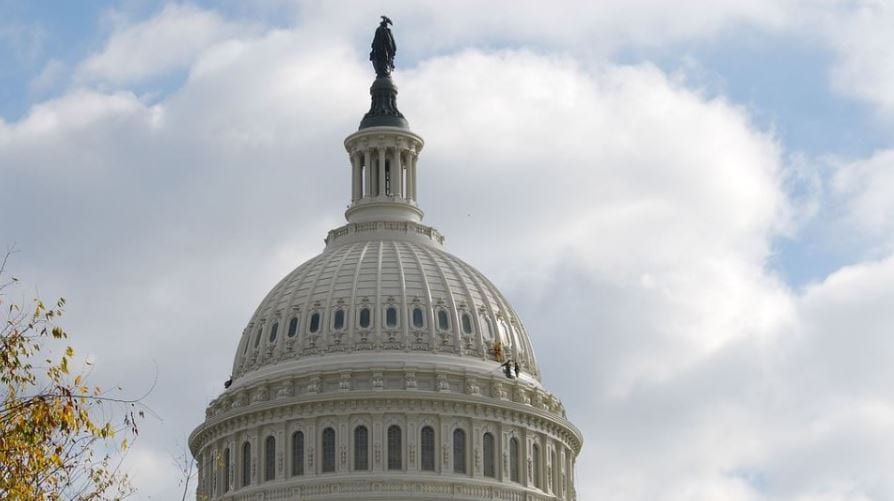 The “Born-Alive Abortion Survivors Protection Act,” a piece of legislation that echoed existing laws and medical practices, had little chance of passing in the Senate on Monday evening. And as predicted, it ultimately failed.

But its introduction and subsequent debate underscores something larger and more substantial than the bill itself: a push by the conservative right to reframe the reproductive rights debate toward third-trimester abortions.

In their comments leading up to Monday’s decision on the legislation, Democratic and Republican lawmakers painted starkly different pictures the bill. Republican Senator Mitch McConnell called it a “straightforward” piece of legislation, while Senator Tammy Duckworth, a Democrat from Illinois, called the bill a “political stunt.”

The legislation — which fell seven votes short of the 60 it needed to move forward — would have required doctors to provide care to infants who survive botched abortions, mirroring previously passed legislation from 2002. The only difference between the 17-year-old law and Monday’s was that the most recent one would have imposed fines and potential jail time for doctors who failed to comply.

Abortion rights rebuked the legislation and the rhetoric surrounding it, saying that the situation described in the bill — infants surviving botched abortions — simply does not exist. “When you’re providing abortion care, this isn’t something that happens,” Elizabeth Nash, a senior state issues manager at the Guttmacher Institute, said in a telephone interview with CBS News Monday.

“This legislation is based on lies and a misinformation campaign, aimed at shaming women and criminalizing doctors for a practice that doesn’t exist in medicine or reality,” Planned Parenthood Federation of America President, Leana Wen, wrote in an email to CBS News.

Senator Mazie Hirono from Hawaii called the bill “a solution in search of a problem.”

Still, Republicans posed hypothetical scenarios to argue for the bill’s passage during Monday’s Senate debate. Senator Ben Sasse, the sponsor of the bill, asked his colleagues to “picture a baby that’s already been born, that’s outside the womb, that’s gasping for air. That’s the only thing that this bill is about.”

Democrats pointed out that doctors are already required by federal law to provide care to infants born alive after an attempted abortion. “It is, and always has been, a crime not to,” Hirono said Monday.

The push for the legislation is part of an ongoing attempt by Republicans to shift the debate on reproductive rights to focus on so-called late-term abortions, an area of the abortion debate that’s more controversial than others. Although 60 percent of Americans believe abortion should be generally legal in the first three months of pregnancy, just 13 percent say the procedure should be generally legal in the third trimester, according to a Gallup poll from May 2018.

That shift in rhetoric was evident during Monday’s debate. Nearly every Republican senator who argued in the bill’s favor mentioned Virginia Gov. Ralph Northam’s comments on very late-term abortion, invoking his remarks to imply the embattled Democrat supports infanticide. President Trump also used the rhetoric, falsely saying in a tweet Monday, “The Democrat position on abortion is now so extreme that they don’t mind executing babies AFTER birth….”

Senate Democrats just voted against legislation to prevent the killing of newborn infant children. The Democrat position on abortion is now so extreme that they don’t mind executing babies AFTER birth….

Per the landmark 1973 Roe vs. Wade Supreme Court ruling, states may prohibit abortions after a fetus is determined to be viable, or can survive outside of the womb. In certain states, women whose pregnancies have become unviable or jeopardize their own health have legal access to an abortion in the third trimester. But just over one percent of abortions that occurred in 2015, the most recent year for which data is available, were after the patient’s 21st week of pregnancy, according to the Centers for Disease Control and Prevention.

“As soon as the ink was dry on the New York abortion protections we started to see conservative policymakers raise issues around abortion later in pregnancy, and those attacks were heightened in the aftermath of the Virginia bill,” Nash said. “These attacks, while aimed at abortion later in pregnancy, do double-duty because they also demonize abortion providers as well as the patients, which makes it easier to pass total or near total abortion bans. That is their real goal: to ban abortion outright.”