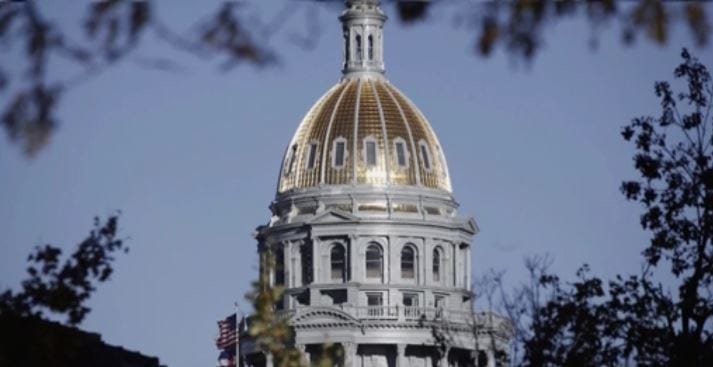 The Colorado House moved to advance a bill that aims to pledge the state’s nine Electoral College votes to the presidential candidate who wins the national popular vote, rather than the state’s popular vote.

According to the Denver Post, the bill has already passed in the state Senate and will get a final state House vote on Thursday. It’s expected that Governor Jared Polis, a Democrat, would sign the measure.

If passed, Colorado would join 11 other states and the District of Columbia that have already enacted the National Popular Vote interstate compact into law. Collectively, the states that have signed on control 172 electoral votes. The measure would not take effect until enacted by enough states to secure another 98 electoral votes — for a total of 270, the number needed to win the presidency.

State Rep. Lori Saine, a Republican, told CBS News before Thursday’s vote that while she expected the bill to pass the state House along party lines, she doubts the bill will have an impact on the 2020 election.

“President Trump said during the 2016 campaign that he’s going to win no matter what…that he’d just campaign differently and I believe him,” said Saine. She said the idea of “converting electors to agents of other states would be a breach of public trust.”

Saine predicted intra-state lawsuits would be filed calling into question the state’s rules on how they conduct elections. She added that the states that have already joined the compact are considered “deep, deep blue. We’d be the only purple state there.”

Asked if there were any efforts planned by the Republican caucus to block the bill should it reach Polis’ desk, Saine said she couldn’t say, but she anticipated protests in the state.

How the Electoral College works now

Under the 23rd Amendment of the Constitution, the District of Columbia is allocated three electors and treated like a state for purposes of the Electoral College. In order to be elected, a presidential/vice-presidential ticket must receive at least 270 Electoral College votes.

Shortly after the 2016 election in which Hillary Clinton lost the Electoral College to Donald Trump, but won the national popular vote by over 2.5 million votes, many called into question the effectiveness of the electoral college process and demanded it be phased out. Mr. Trump defended his win at the time, claiming he “would have done even better” in the race if the winner was based on popular vote.

I would have done even better in the election, if that is possible, if the winner was based on popular vote – but would campaign differently

According to a CBS News poll conducted after the election, 54 percent of Americans (to 41 percent) favored amending the Constitution to elect the next president by popular vote rather than the Electoral College.