Judge Amy Berman Jackson has ordered longtime Trump associate Roger Stone to appear in federal court after an image posted to his Instagram page pictured her and a symbol that resembled crosshairs.

Stone’s lawyers apologized for the post, which Stone had removed Monday shortly after it was posted. Stone claimed to CBS News that someone who worked for him posted the image, and that it wasn’t intended to be threatening. 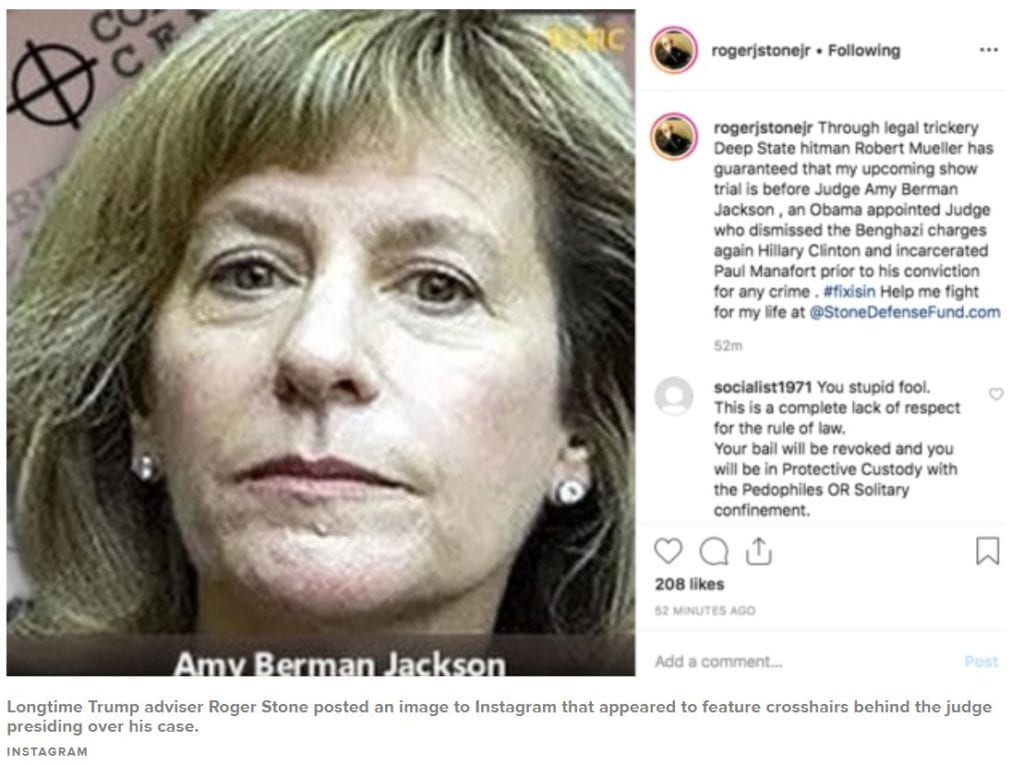 In a court filing, Jackson ordered Stone to appear in court Thursday to determine why his contact with the media or the conditions of his release “should not be modified or revoked in light of the posts on his Instagram account.” Jackson imposed a limited gag order on Stone last week.

“I will be present as ordered,” Stone told CBS News Tuesday.

Stone told CBS News in a text message Monday that, “One of the people who works for me posted it but I disagree that it violates any aspect of the judge’s order. Because it has been [misinterpreted] I ordered it taken down In though everything contained was factual.”

Stone has been charged with seven counts, including witness tampering, obstruction and lying to federal investigators. Stone, who has pleaded not guilty last month, has done a number of television and other media interviews since. In an interview with CBS News, Stone left the door open to cooperating with special counsel Robert Mueller’s team.

President Trump told reporters earlier this month he hasn’t thought about a pardon for Stone.