MINNEAPOLIS – The man accused of shooting a Minneapolis school bus driver following a fender-bender earlier this week was released from jail ahead of his first court appearance.

Kenneth Lilly, 31, of St. Paul, posted a $500,000 bond Thursday, according to online jail records. On the same day, he was charged with second-degree attempted murder and second-degree assault with a dangerous weapon in connection to the Tuesday afternoon shooting on Interstate 35W.

Lilly is slated to make his first court appearance in Hennepin County on Friday afternoon. 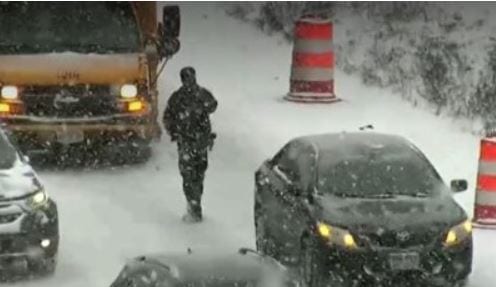 According to a criminal complaint, Lilly, who works as an armed security guard, fired five shots at a bus driver following a minor collision amid a snowy commute. An 8-year-old girl was on the bus at the time of the shooting. She was not hurt.

One of the bullets fired at the bus grazed the bus driver’s head, another struck the driver’s left arm. Police say the driver, a 78-year-old man, is expected to be OK.

Lilly told police that he feared for his safety at the time of the shooting. However, surveillance video disputes that claim, investigators say.