An 87-year-old woman is counting her blessings after her neighbor’s dog found her lying in the snow outside her Minnesota home during last week’s dangerous cold snap, CBS Minnesota reports.

The alert pooch, named Midnight, came across the woman needing help when the temperature was about one degree below zero.

Midnight is Tim Curfman’s 4-year-old black Labrador mix. Curfman was taking out the garbage on Jan. 28 when Midnight sensed something was wrong next door.

“She had her ears perked up looking at me,” Curfman told CBS Minnesota. “She doesn’t normally do that. Sometimes you get that feeling something’s up.”

Curfman followed as Midnight led him to a spot on the other side of the house. That’s where they found their elderly neighbor Noreen, who had fallen in the snow while trying to fill her bird feeder.

“We figured she was out there at least a half an hour,” Curfman said. “She could not have gotten up because her gloves had gotten wet and she didn’t have enough strength in her fingers to push herself up. Nothing around the corner to get up and get a hold of either.”

Curfman got Noreen inside and his wife helped her get into dry clothes.

Noreen told CBS Minnesota that Midnight saved her in the nick of time, sort of like Lassie. That morning, man’s best friend also became the neighbor’s best friend and personal hero.

“We’ve been very proud of her because it’s not every dog that pays attention to things like this,” Curfman said. “And she got so many treats it was a shame.” 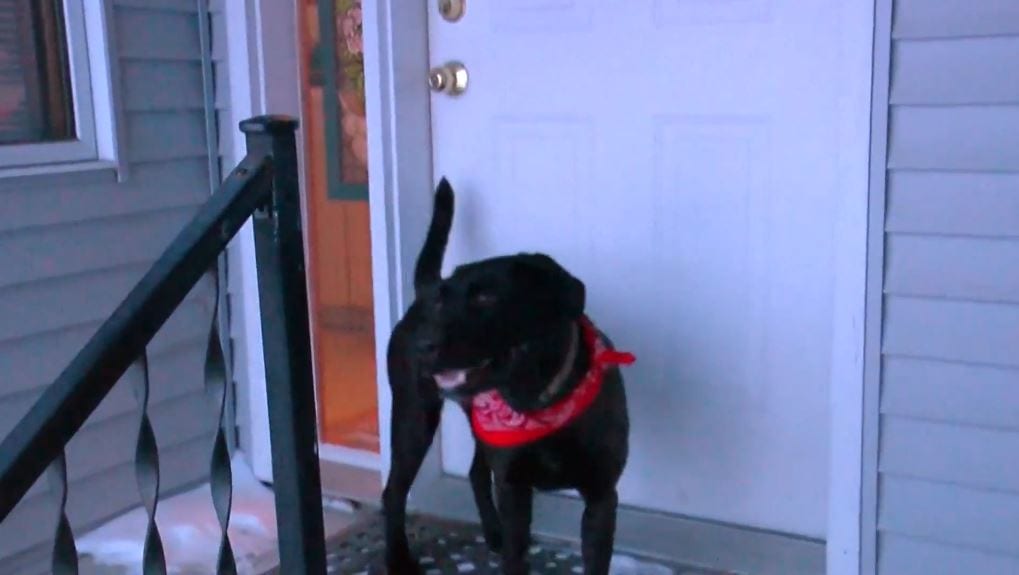