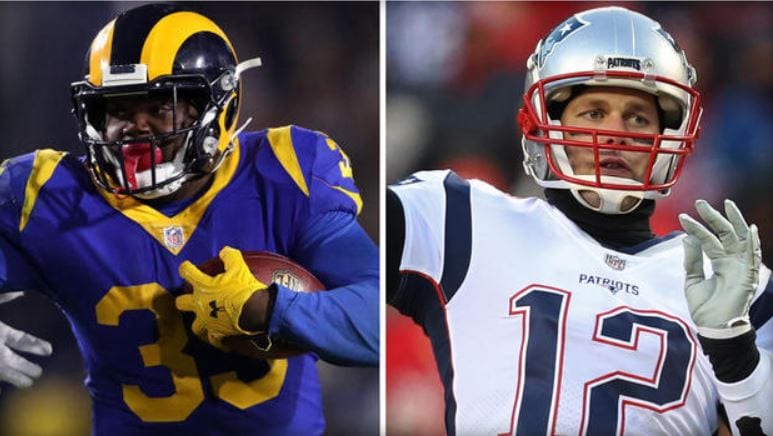 Americans will wager an estimated $6 billion on Super Bowl LIII Sunday between the New England Patriots and the Los Angeles Rams — the first National Football League championship game to be played since the Supreme Court legalized sports betting last year.

Roughly 1 in 10, or 22.7 million, Americans are expected to place “proposition bets,” or “prop bets,” on everything from who the first touchdown scorer will be to what color Gatorade will be poured over the winning team’s coach.

That means about 1 in 6 people watching the 53rd Super Bowl will have money on the line, American Gaming Association spokeswoman Sara Slane told CBS MoneyWatch.

“It’s the Super Bowl, so not only do average sports betters want to place a bet, but other people do too — your mom, dad, aunt, uncle, cousins,” said Pete Anadio, who runs the Sports Bet Expert, a subscription services that advises gamblers on where to put their money.

The Supreme Court in May struck down a 1992 federal law banning commercial sports betting — paving the way for states to legalize the activity. It’s now legal in eight states, including Nevada, where sportsbooks have been legal since 1949.

Still, because the change is only recent, roughly 97 percent of bets will be placed illegally, according to Slane.

“Obviously this isn’t going away. People love sports and love betting on it, and they certainly love betting on the Super Bowl,” she said. “This is why states should move forward legalizing betting and recapturing lost revenue that’s going offshore.”

The percentage of illegally placed bets could be even higher because it’s hard to accurately calculate illegal activity. “People aren’t really forthcoming about participating in something illegal,” Slane said.

She added that some people might not even know that placing a bet online or with a bookie is illegal because “sports betting is such a big part of our culture.” Even participating in most office pools is against the law.

Football enthusiasts and nonfans alike can wager their money on nearly 400 prop bets this year.

Some bets are technical and appeal to lovers of the game — like how many yards Patriots running back Sony Michel will rush for or how many yards Rams’ wide receiver Brandin Cooks will tally with his catches.

Other bets have nothing to do with the football action.

Viewers of the big game can bet on which team will win the coin toss, what national anthem singer Gladys Knight will wear during her performance and how many players will kneel during the “The Star-Spangled Banner.”

Other bets include which brand’s beer commercial will air first and what color shoes Maroon 5’s Adam Levine will wear during his halftime performance.

“A lot of people don’t understand the game of football and what’s going on if a team makes a first down,” Anadio said. “Prop bets get them to pay attention to the game, and TV ratings go up,” he said.

Gambling guru RJ Bell said the real aim of the quirkier bets is to draw attention to the game, adding that wagers on them are usually limited to about $50 or $100.

“When people have money riding on the game, they’re inclined to consume more of it and also watch more games during the regular season,” legalized gambling advocate Slane said.

She argues that it will be good for the NFL overall. “What ends up happening is there are more eyeballs, which equals more advertising dollars, which leads to higher media rights deals because of the increase in viewership,” Slane said. Other ancillary benefits include increased merchandise and ticket sales.

Anadio said the broadening of bets is a direct result of the recent legalization of sports betting. “It’s just a whole new outlook on the Super Bowl,” he said. “The gambling industry is changing, and they’re trying to get more people involved. It’s taking off and will probably be one of the biggest industries in the U.S. for years so come.”

The NFL has long opposed gambling on its games over concerns that it could influence their outcomes.

Commissioner Roger Goodell issued a statement after the Supreme Court’s ruling reiterating the league’s commitment to protecting the integrity of the game. He said the NFL had been preparing for the potential legalization of sports gambling across the country.

“[We] are prepared to address these changes in a thoughtful and comprehensive way, including substantial education and compliance trainings for our clubs, players, employees and partners,” he said. “These efforts include supporting common sense legislation that protects our players, coaches an fans and maintains public confidence in our games.”

The league last month signed a sponsorship deal with Caesars Entertainment, suggesting that it’s warming up to the industry — and the possible revenue streams it could provide.

Still, many are concerned about the influence legal sports betting could have on professional sports.

“I think it happens now, and some of the integrity of the game is already lost. When it becomes 100 percent legal, it’s going to become a main topic of conversation. I think there will be an influence. It scares me a little bit,” Anadio said.

Analysts expect states that legalize sports betting will benefit, but only marginally.

“Overall, the new gaming option does provide some states that have had waning casino revenue over the last decade or so an opportunity to capture back some of the revenue that they otherwise have lost,” said S&P Global analyst Tim Little. “But given the amount of revenue that states typically derive from casino gaming, and because sports betting is only a subset of that, it would still have a minimal impact on state budgets.”

For now, the latest odds out of Vegas suggest a rather close game tipped slightly toward the Patriots, who are favored by a 2.5 point spread.