Axios: Trump made a list of enemies to combat leaks in 2017, new book says 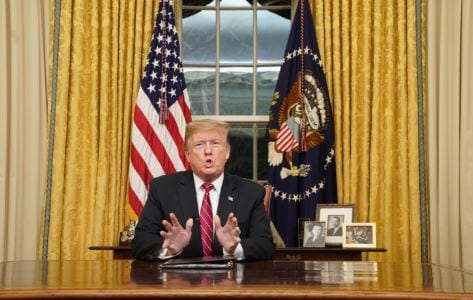 In 2017, when White House turmoil was at its peak, President Donald Trump created an “enemies list” made up of members of his own administration, a former White House communications aide writes in a new book, according to Axios.

In Cliff Sims’ book, “Team of Vipers: My 500 Extraordinary Days in the Trump White House” set to be released later this month, Sims writes that in a meeting with the two of them, Trump asked Sims who he thought was the source of leaks to the media, Axios reported Friday.

“‘Give me their names,’ he said, his eyes narrowing. ‘I want these people out of here. I’m going to take care of this. We’re going to get rid of all the snakes, even the bottom-feeders,'” Sims writes, according to the excerpt published by Axios.

CNN has reached out to the White House and Sims.

The excerpt continues with Sims saying that it wasn’t until after the fact that he realized “how remarkable this was.”

“I was sitting there with the President of the United States basically compiling an enemies list — but these enemies were within his own administration,” Sims writes, according to the Axios report.

“The President proceeded to name White House staffer after White House staffer,” Sims describes in the book excerpt. “Almost no one was deemed beyond reproach — not his chief of staff, not senior aides, almost no one other than those with whom he shared a last name. He wanted me to help him judge their loyalty. How, I wondered, had it come to this?”

Axios reported that as the conversation between Trump and Sims continued, Trump wrote down the name of staffers in Sharpie on White House cards and ended up with a list of about 15 people — 10 of whom could not be trusted, while the other five were safe.