DENVER – Mason Lowe was among the best of the best in the world. A young, decorated bull rider in love with his career. Now he’s greatly missed by rodeo fans around the globe.

“I’m sure I’ll be crying tonight,” Emily Godert said. “I have family and friends that do bull riding so it hits close to home.”

Before other bull riders got in the chutes Wednesday night for the PBR Finals at the National Western Stock Show, a tribute to Lowe played in the center of the Denver Coliseum. A short video played above the arena where Raymond Lewis watched Lowe unexpectedly take his last ride just 24 hours beforehand.

“It looked like he had it handled,” Lewis told CBS4’s Kelly Werthmann. “He got bucked off at the last second.”

On the eve of the Bull Riding Finals, Lowe hit the dirt. The back leg of the bull named Hard Times landed on Lowe’s chest. He was wearing a protective vest, but still suffered a “massive chest injury that caused damage to his heart,” PBR officials said Wednesday.

“Everyone got quiet, knew it was pretty serious,” Lewis said of the Tuesday night crowd.

Lewis said rodeo clowns got the bull away from Lowe as the 25-year-old rider managed to stand up.

“He got up, staggered towards the exit and collapsed down,” Lewis said.

RELATED: Professional bull rider dies after being injured during competition in Denver

PBR officials explained Lowe was rushed to Denver Health where he was pronounced dead. Many in the stands Tuesday, however, didn’t know the tragic news until the next morning.

“Everyone took their hats off and said some prayers,” Lewis said. 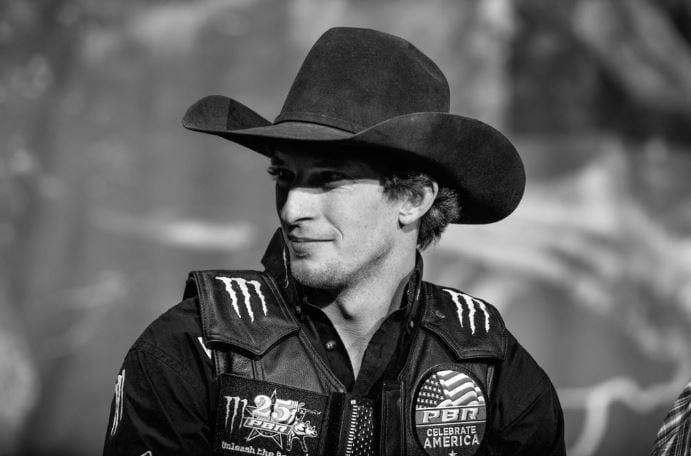 A sold-out crowd did so again Wednesday night, instead for Lowe’s family in honor of a cowboy gone far too soon.

“It’s sad to see someone pass away,” Lewis said. “The riders know the dangers of the sport. Don’t knock the bull, don’t knock the rider.”

RELATED: ‘These are the days I hate my job:’ Montana’s Flint Rasmussen talks death of bull rider

PBR officials say there was no malicious intent on the bull’s part.

The National Western Stock Show, a 501c-3 nonprofit entity, in conjunction with the PBR, will be accepting donations for Lowe’s family online or by mail.