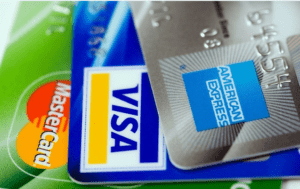 Most U.S. adults are in debt, and a quarter of those who owe expect to die that way.

So finds a troubling new survey from CreditCards.com, which found that nearly two-thirds of debtors don’t know if or when they’ll ever pay it off, while 25 percent don’t think they’ll manage to climb out of the hole during their lifetime.

Most millennials don’t expect to shed all their debt until age 43, versus 54 and 66 for Gen-Xers and Baby Boomers, respectively, according to the poll. Households with annual income of less than $50,000 think they’ll be out of debt the soonest, forecasting 47 as the average age they’ll be debt-free, while those earning more than that amount said don’t expect to be in the clear until their mid-50s.

The news isn’t all bad. Some 34 percent of Americans do not carry any debt, up from 14 percent in 2014, when more households were still struggling to recover from the housing crash.

What kind of debt are we talking about? Mostly credit cards, mortgages and auto loans. In 2017, the average balance on credit cards came to $6,354, up 2.7 percent over the previous year, according to Experian.

Americans with credit-card debt are charged an average interest rate of 17.14 percent — reason enough to pay it off, Rossman said. Zero-balance transfers are a viable option that many don’t consider, said the analyst, who cautioned consumers to be wary of offers that come with upfront transfer fees.