Pelosi says a sitting president can be indicted 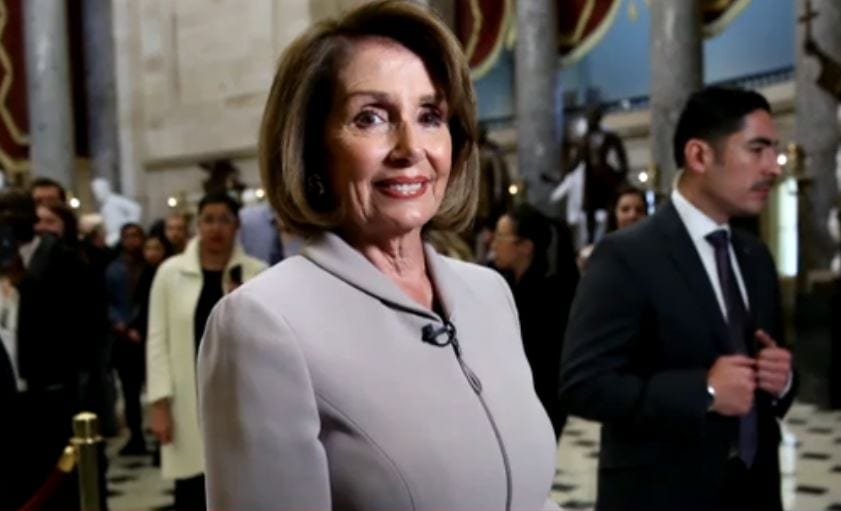 Incoming House Speaker Nancy Pelosi said that she believed a sitting president could be indicted, disagreeing with Justice Department guidelines.

Pelosi made the comments in an interview with “TODAY” Thursday morning, hours before she is set to return to the speaker’s office.

“I do not think that is conclusive. No, I do not,” Pelosi said when asked if Special Counsel Robert Mueller should adhere to DOJ guidelines that a sitting president cannot be indicted. “I think that is an open discussion in terms of the law.”

Pelosi also said that she was not ruling out the possibility of impeaching President Trump, depending on Mueller’s findings in his investigation into Russian meddling in the 2016 election.

Pelosi is currently locked in a stalemate with Mr. Trump and Senate Republicans over a funding bill to end the partial government shutdown. Mr. Trump is unwilling to sign any bill which does not include sufficient funding for a border wall. He also told congressional leaders in a meeting Wednesday that he would not sign a bill to open government agencies other than the Department of Homeland Security, because it would make him “look foolish”

Pelosi reiterated on “TODAY” that wall funding was a nonstarter for Democrats.

“We can go through the back and forth. No. How many more times can we say no? Nothing for the wall,” she said.

Pelosi also addressed her national unpopularity, saying that Republicans demonized her because she is effective.

“I’m effective as a legislator — I’m excellent at that. I’m effective politically, as a fundraiser — the best. And they have to take me down, and that’s what they’ve tried to do,” she said.

Pelosi is set to become speaker for the second time Thursday afternoon, making her the first person to do so since Sam Rayburn in 1955. She is the first female speaker of the House.