On his last day, Zinke says it was a “high honor” to serve Trump, country

Zinke shared his farewell in a Tweet posted Wednesday morning. 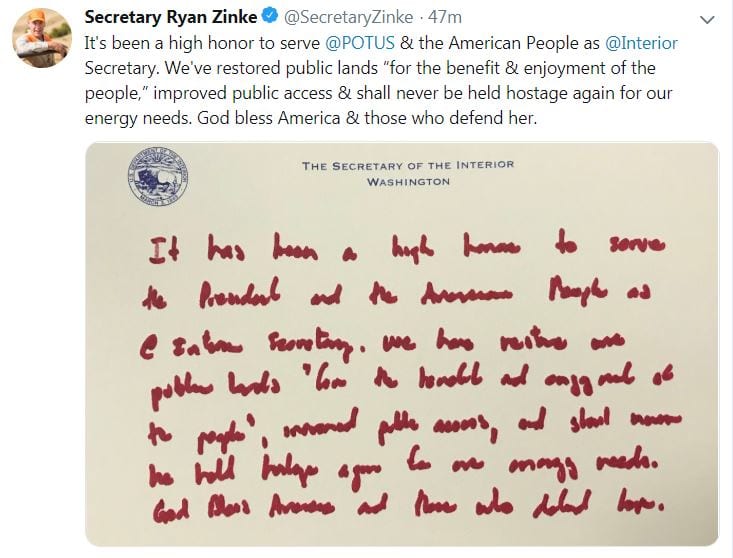 The embattled Interior Secretary announced in December that he’d be stepping down from his position.

Zinke is the subject of multiple ethics investigations.

The Justice Department is investigating him for possibly using his office for personal gain.

And the Interior Department’s Inspector General has multiple inquiries into Zinke.

They include the department’s handling of a Connecticut casino project, whether the boundaries of a national monument were re-drawn to benefit a state lawmaker and a land development project in Zinke’s hometown of White Fish, Montana.