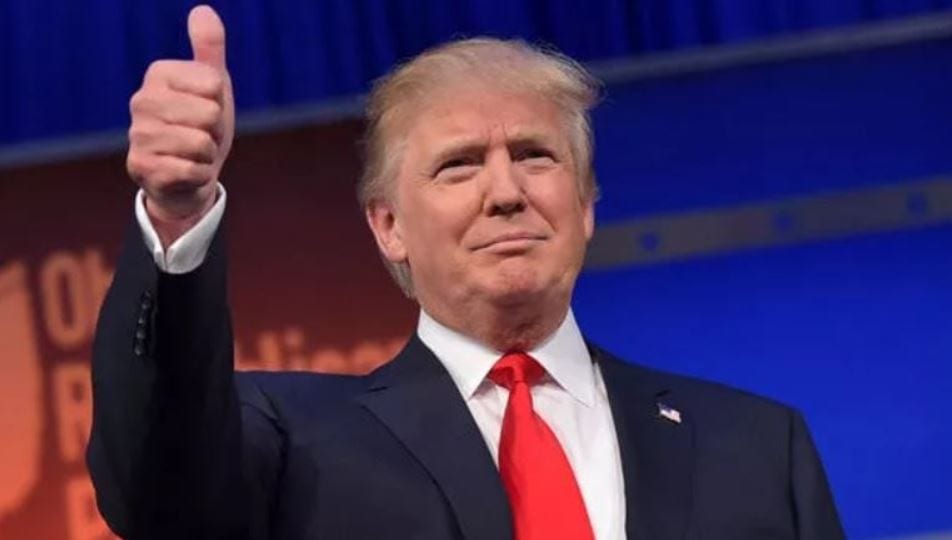 Some of Donald Trump’s supporters in early states are making moves to protect the president from an intra-party primary challenge and mitigate any bruising ahead of the general election.

The South Carolina Republican Party is considering canceling its primary in 2020, and a few members of the New Hampshire state GOP have been pushing to amend the organization’s bylaws to allow the party to endorse the president.

This comes amid news this week that the Trump re-election campaign will merge with the Republican National Committee–a move that is designed to streamline resources ahead of a highly competitive re-election fight but also demonstrates Trump’s dominance over the party.

Mr. Trump remains broadly popular among Republican voters and no party figure has stepped forward to challenge him for the nomination yet. Even if a GOP Trump critic were to enter the fray, the formula for a winning coalition is unclear. And South Carolina has canceled primaries before, including in 2004.

But however well positioned the president may be within his party, uncertainties regarding multiple investigations and the economy hover over his re-election. And moves by supporters to help shore up the nominating process underscore how damaging any primary threat, even a longshot one, could be for the incumbent.

“It doesn’t really show that they are very secure in their position,” says GOP strategist John Weaver, a Trump critic and an adviser to outgoing Ohio Gov. John Kasich. “It’s not a sign of strength.”

Kasich has been considering a challenge to the president, and Weaver said he wouldn’t rule out an independent bid. He and Weaver are building upon their organization from 2016, namely a base of support in New Hampshire, where Kasich came in second to Mr. Trump. But Kasich is still “several months away from having to make a decision,” Weaver told CBS News.

“You’re never guaranteed to win in this business but [the consideration is]: Do we believe his voice will be an active one and can we make a difference? We’re going to be very sober-eyed,” Weaver said. “There might be a side benefit in causing the president to lose, but you don’t enter any kind of competition unless you’re in it to win it.”

At a forum in Columbus on Wednesday, Kasich himself expressed doubts he could defeat Mr. Trump in a GOP primary, and noted, “I don’t have to be a candidate to have a voice.” But Kasich, who only won his home state in the 2016 primaries, also said he could change his mind.

For his part, Mr. Trump says he would welcome the competition. “I hope so,” he told Fox News recently when asked about potential bids by Kasich and other critics.

Primary challenges to presidents are rare and usually unsuccessful, but they do have the potential to weaken the incumbent ahead of a general election. For example, Republican Pat Buchanan made a surprisingly strong showing against George H.W. Bush in 1992’s New Hampshire primary, and Bush went on to ultimately lose re-election.

But some in the party who have been critical of the president have shown an openness to a primary process. “I see nothing wrong with challengers,” Maine Republican Sen. Susan Collins said on CNN’s State of the Union, noting the challenger would “probably have an uphill climb.” Collins also declined to endorse Mr. Trump’s re-election at this point, saying the path to 2020 is “a lifetime” in politics.

“The president has a record to run on, and should not be afraid to campaign and earn votes like everyone else,” says New Hampshire GOP strategist Jim Merrill.

Moves by some members of the New Hampshire GOP to nix a clause in the bylaws that demands it “remain strictly neutral” in primaries have been met with backlash in the state, including by the GOP governor, Chris Sununu. Strategists argue that New Hampshire’s primary has a history of showing a level playing field, and doubt the rules will ultimately be changed.

Mr. Trump won New Hampshire and remains popular there. A recent University of New Hampshire poll found that 83 percent of Republicans approve of his presidency. But that doesn’t mean it couldn’t provide fertile ground for a challenger.

“I think there’s an opportunity for someone to come up and make a case for conservatism. New Hampshire has always been receptive to those kind of candidates,” said Merrill. “Among the base, there is certainly broad support for Trump, but it’s not universal. When we look at some storm clouds — the economy or a potential trade war — there may be more of an appetite…I think it’s very likely one or more Republicans end up running up here, and I think it’s a good thing.”

In Iowa, which hosts the nation’s first caucus, a Des Moines Register poll found that 63 percent of Republicans there say a primary challenge to President Trump should be welcomed. But he also remains overwhelmingly popular among Iowa Republicans: 81 percent of Republicans approve of him, and 67 percent say they would definitely vote to re-elect him.

Republicans in South Carolina say the president’s popularity in the party make his nomination inevitable and argue there may not be a need to host a primary. “The point the state party is trying to make is, why waste tax dollars if it’s a foregone conclusion,” says former state GOP chair Matt Moore, noting a primary costs taxpayers around $3 million. “Others might say, ‘If the president is so strong, why not show it with a result?'”

Moore says there isn’t an appetite among South Carolina Republicans for a primary challenge, but “it’s smart of the incumbent president’s team to lock down the nominating process.”

“I would eat my shoe if the president loses the nomination,” Moore said, but “an opponent could make life exceedingly difficult for a time he should be focused on the general election.”

The moves by the RNC to merge with the campaign are meant to ensure Trump is in the best possible position for the general election and to capitalize on the advantages of incumbency, particularly as the Democratic field is likely to be crowded.

“Even before a single Democrat has announced, President Trump will have a single hybrid operation preparing for the general election,” RNC Chair Ronna McDaniel said in a statement. “Thanks to the President, the Republican Party and the Trump campaign will have the biggest, most efficient, and unified campaign operation in American history.”