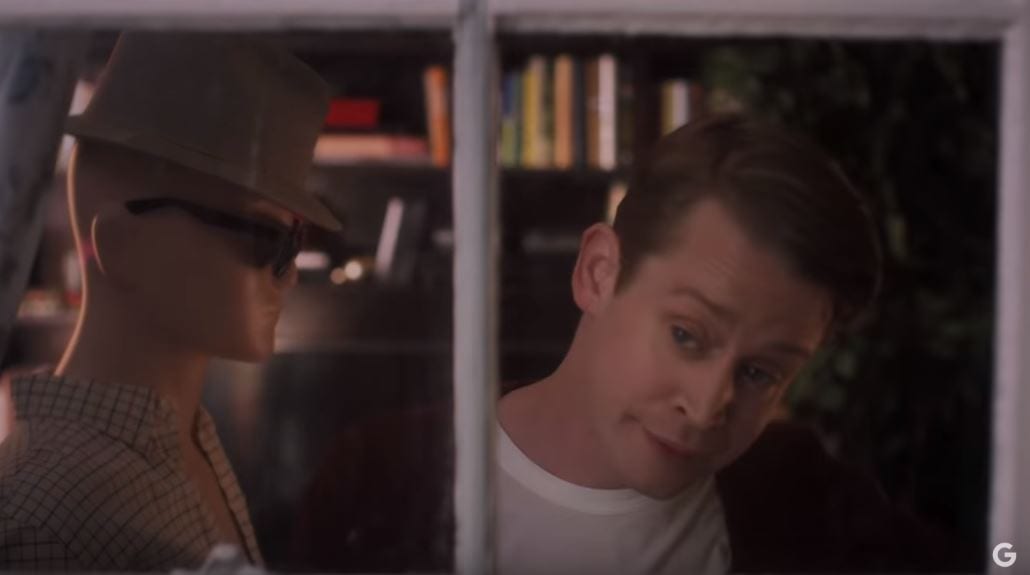 Kevin McCallister had to fend off two bumbling burglars all alone on Christmas in the iconic 1990 movie “Home Alone.” If only he’d had a little help back then.

Now, 28 years later, Macaulay Culkin is reprising his role as Kevin McCallister, fending off burglars in a new ad. But this time help has arrived — in the form of his Google Assistant.

Google recreated scenes from the holiday classic in a new ad released Wednesday. Culkin, as McCallister, wakes up home alone once again and asks Google what’s on his calendar. “You have the house to yourself,” the virtual assistant replies.

He then goes through his day at home as usual, this time using Google Assistant to order more aftershave, set reminders, and speak to the pizza man at the front door – of course telling him, “Keep the change, you filthy animal.”

The ad quickly went viral as it was shared by “Home Alone” fans across social media. And there appears to be some strategy behind Google’s movie choice – search interest in “Home Alone” increased 1,900 percent last Christmas, CNET reports. The film hasn’t lost its relevancy nearly 30 years later, and Google is only helping to bring it into the 21st century.

Click here to watch the ad.
Copyright 2022 Scripps Media, Inc. All rights reserved. This material may not be published, broadcast, rewritten, or redistributed.