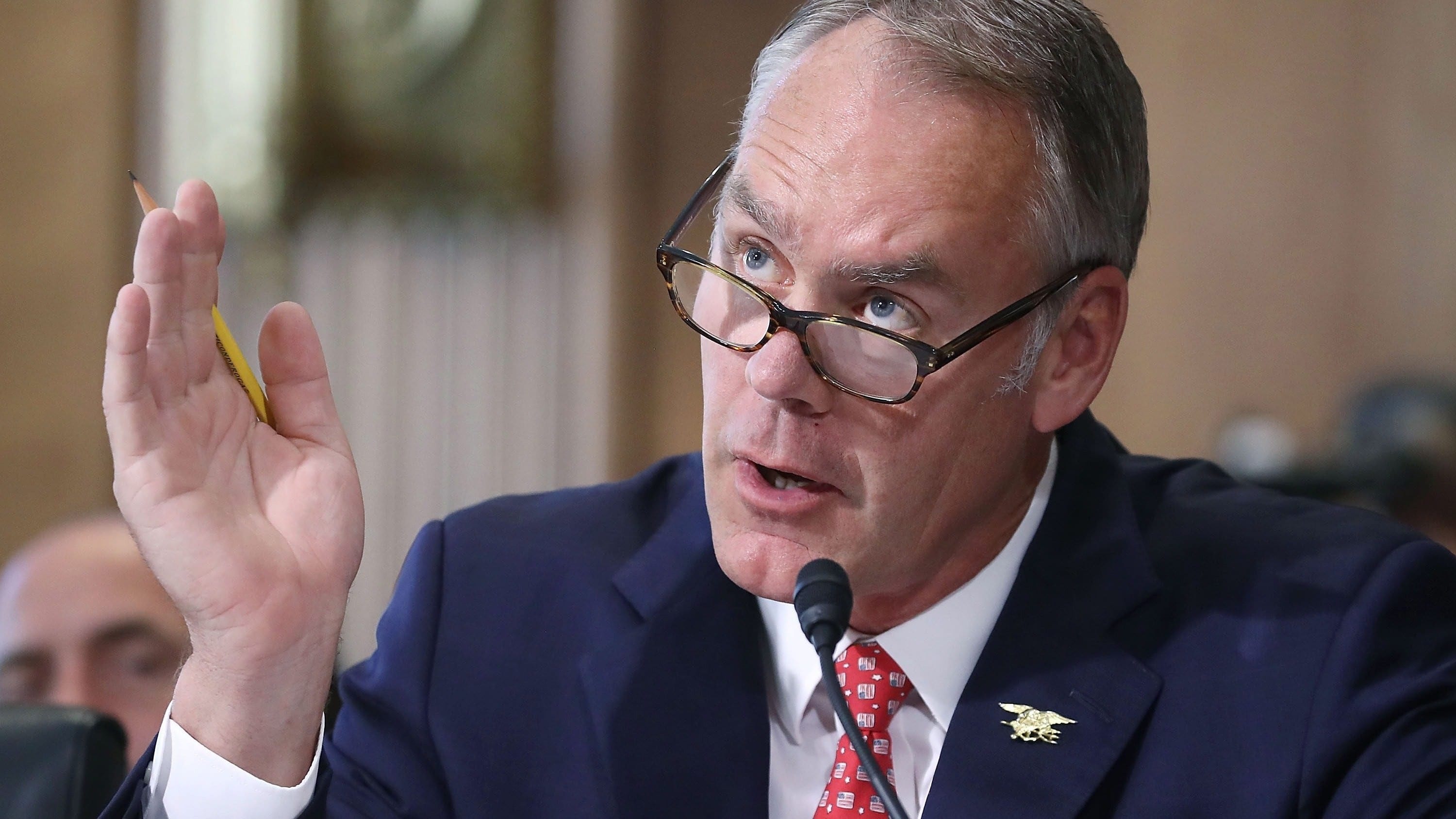 President Donald Trump announced Saturday morning that Interior Secretary Ryan Zinke will depart from his administration at the end of the year.

“Secretary of the Interior @RyanZinke will be leaving the Administration at the end of the year after having served for a period of almost two years. Ryan has accomplished much during his tenure and I want to thank him for his service to our Nation,” Trump wrote in a tweet.

The President continued in a second tweet: ” … The Trump Administration will be announcing the new Secretary of the Interior next week.”

The departure comes amid multiple ethics investigations into Zinke as well as a staff shake-up among Trump administration officials, including the President’s chief of staff. Trump announced Friday that his budget director, Mick Mulvaney, will become his acting chief of staff, replacing John Kelly, at the end of the year.

The news of Zinke’s departure was first reported in Bloomberg News.

The Justice Department is investigating Zinke for possibly using his office for personal gain following a referral from the Interior Department’s inspector general, CNN has previously reported.

The Interior inspector general has multiple inquiries into the secretary, including the department’s handling of a Connecticut casino project, whether the boundaries for Grand Staircase-Escalante National Monument were redrawn to benefit a state lawmaker, and conversations between Zinke and Halliburton Chairman David Lesar about a land development project in Zinke’s hometown of Whitefish, Montana.

Zinke said late last month that he had not been contacted by the Justice Department.

“I follow all rules, procedures, regulations and most importantly the law,” he told CNN. “This is another politically driven investigation that has no merit.”

Since assuming office in March 2017, Zinke has worked closely with Trump on a number of policy fronts, including moves toward shrinking several expansive tracts of land designated national monuments by the Obama administration, a designation that restricts the types of recreation and energy development allowed on the land.

He also deployed Interior Department resources to federal lands along the US-Mexico border, which he said in a November statement had resulted in a “4,000% increase in arrests of illegal aliens” by law enforcement within his department.

Zinke often mentioned the President’s experience as a builder when championing an effort to secure funding to rebuild aging infrastructure at national parks and other sites.

“Zinke’s days of plundering our lands and enriching himself and his friends are over,” Nicole Ghio, senior fossil fuels program manager for Friends of the Earth, said in a statement. “With an average of nearly one federal investigation opened into his conduct in office per month, Zinke’s highly questionable ethics have finally caught up with him. Now, he is just another name on Trump’s list of disgraced cabinet officials, which the Republican-led Congress has failed to hold accountable.”

The departure from Interior may not be Zinke’s final turn in the spotlight. A former congressman, state legislator and Navy seal, Zinke had been mentioned as a potential candidate for Montana governor.