Eighteen-year-old Elias Ali was stocking shelves at the Karibu Grocery and Deli in St. Paul, Minnesota, when it suddenly shook Friday morning.

Posters fell off the wall. Ali said he and others thought the violent vibration was an explosion but weren’t sure if it was in the building.

“By the time we figured out everything inside was OK, we went outside and saw the home had exploded,” he said. “We were devastated because we live a block away and it could have been ours.”

Authorities are trying to figure out what caused the explosion the morning after Thanksgiving.

The St. Paul Fire Department said on Facebook the incident took place around 8:30 a.m. CST and that one person was rescued from the home and taken to the hospital. CNN affiliate WCCOreported the injured person was an 80-year-old man. 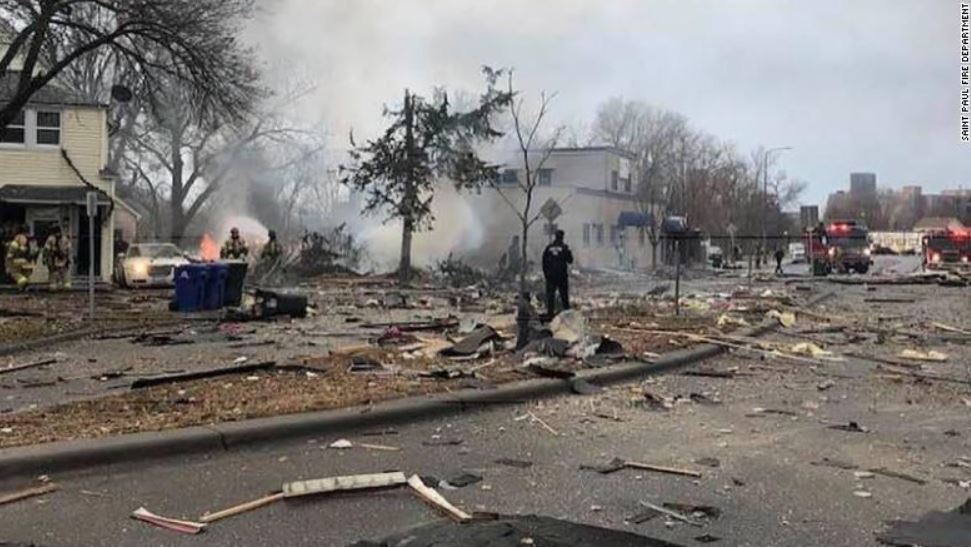 Fire crews are working to determine how extensive the damage is, but have condemned the whole block, WCCO reported. Crews are also working with Xcel Energy crews to cut off a gas line. Xcel Energy is an energy company based in Minnesota.

“Our thoughts are with the residents affected by this incident,” said Lisa Kiava, an Xcel spokeswoman, in a statement. “We are working with fire officials and emergency responders on the scene, and our emergency responders have completed safety checks of the area to confirm it is safe. We will coordinate with fire officials on the investigation into the cause of the incident. Protecting the safety of the public and of our employees is a core value and we take it very seriously.”