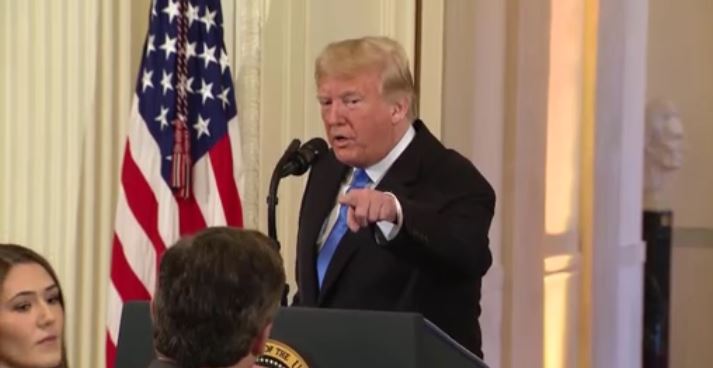 CNN filed a lawsuit against the Trump administration this morning, demanding the return of the White House credentials of Jim Acosta, CNN’s chief White House correspondent.

The White House last week suspended Acosta’s “hard pass,” which allows him press access to the White House, hours after he sparred with President Trump at a press briefing.

CNN says it has asked the court for an immediate restraining order requiring the pass be returned to Acosta, and will seek permanent relief as part of this process.

The suit was filed in D.C. District Court.

In a statement, the White House Correspondents Association said it “strongly supports” the suit. “Revoking access to the White House complex amounted to disproportionate reaction to the events of last Wednesday,” it said. “The president of the United States should not be in the business of arbitrarily picking the men and women who cover him.”

During Acosta’s exchange with President Trump last Wednesday, a White House intern reached over and tried to take the microphone away from him. The White House accused Acosta of placing his hands on the young woman and distributed a video of the incident that several analysts concluded was doctored to exaggerate the moment of contact.